Fully kitted in Galatasaray’s replica with his father’s name and jersey number boldly written on the back of the top, the youngster slid across the room before showing his fingers while on the floor.

The midfielder burst into laughter after seeing the creativity of his son and decided to share the short clip on his Instagram story while tagging his international teammate in the process. 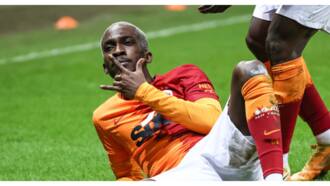 Meanwhile, both Nigerian stars were instrumental to Galatasaray’s 3-0 victory over Instanbul Basaksehir on Tuesday, February 2. 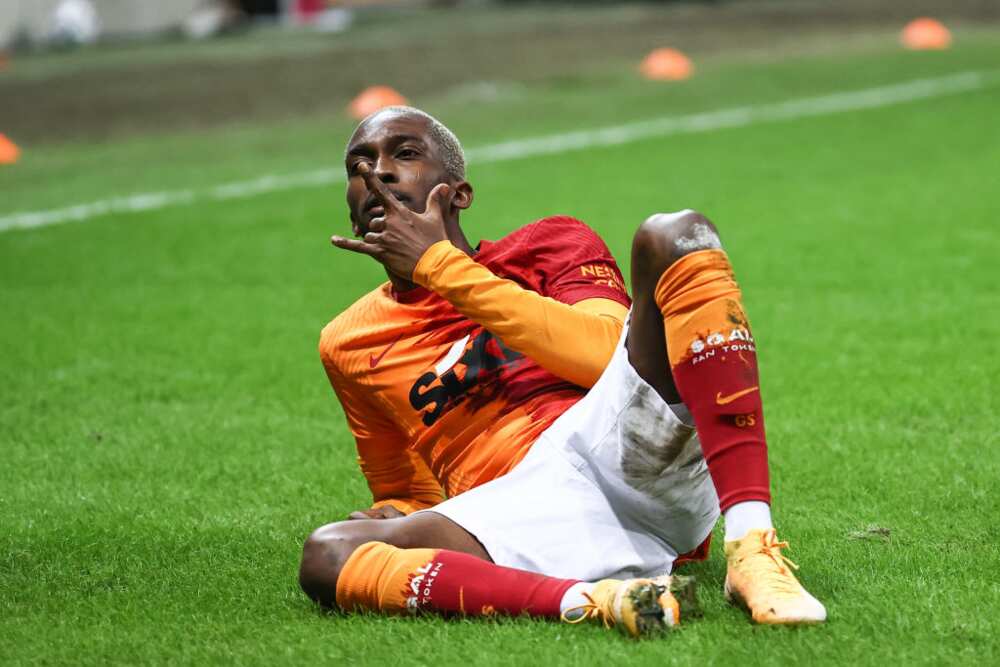 Onyekuru opened the scoring for the hosts in the 45th minute while a goal each from Ryan Donk and Mostafa Mohammed in the second half sealed the triumph for coach Fatih Terim’s side.

Etebo on the other hand was doing his part from the middle of the park before but he was substituted at half time.

And the Super Eagles winger has now scored three goals in two Super Lig appearances since his return to the club during the winter transfer window.

The 23-year-old will return to his parent club after his loan spell expires at the end of the ongoing season.

Legit.ng earlier reported that Henry Onyekuru scored his third goal in his second game for Galatsary during their Turkish Super Lig tie with Istanbul Basaksehir.

The Super Eagles striker scored the first goal that gave his side a 3-0 win over the Champions League club.

Right on the stroke of half-time, the 23-year-old headed across from Ryan Donk to give his side the lead into the break.