Henry Onyekuru scored his third goal in his second game for Galatsary during their Turkish Super Lig tie with Istanbul Basaksehir.

The Super Eagles striker scored the first goal that gave his side a 3-0 win over the Champions League club.

Right on the stroke of half-time, the 23-year-old headed a cross from Ryan Donk to give his side the lead into the break. 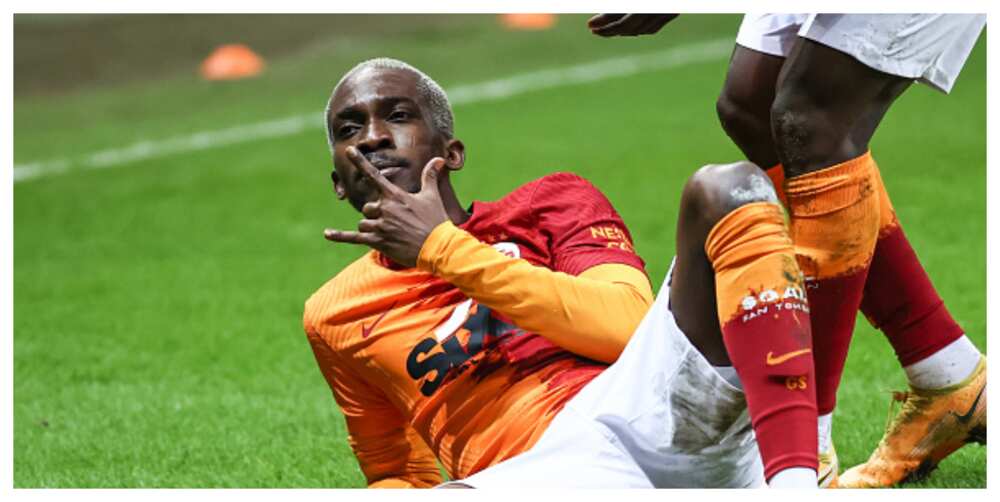 Henry Onyekuru scores his 3rd goal in 5 days for Galatasary in their 3-0 win over Istanbul Basaksehir.
Photo by Onur Coban
Source: Getty Images

Donk got Galatasary’s second in the 64th minute and substitute Mostafa Mohamed completed the scoring and handed Turk Telecom outfit all three points.

Onyekuru tweeted after the game:

“What a week! Happy to be back in the stadium and contribute with another goal! All praises to God!”

The Nigerian international failed to settle with Ligue 1 side Monaco and completing a permanent switch from Premier League side Everton.

Onyekuru was initially on loan with Galatasary before joining the French club on a permanent basis.

And his second spell at the Turk Telecom Stadium is turning to be his best in his playing career with three goals within five days.

He was on target twice in Galatasaray’s 2-1 win over Gazientep FK in the Turkis Cup after coming on as a second-half sub.

Onyekuru’s club will now face their fiercest rivals Fenerbache in one of the biggest football derbies in the world.

Meanwhile, Legit.ng had earlier reported that Henry Onyekuru got off to a flying start in his return to his former club Galatasary during Turkish FA Cup round of 16 game with Gaziantep FK.

The Super Eagles striker completed a loan move from Ligue 1 side Monaco to revive his playing after failing to break into the first team.

The Nigerian international came in for Younes Belhanda at half-time and within nine minutes he got his name on the scoresheet.

Onyekuru was assisted by Dutch international Ryan Babel to put Galatasary ahead away from home in the 51st minute.