– The commissioner of information, Mbadiwe Emelumba, is displeased over the alleged role of politicians in the crisis

The Imo state government has accused members of opposition parties of instigating the recent crisis that occurred in the Orlu area of the state.

According to Vanguard, the commissioner of information and strategy, Mbadiwe Emelumba, made the accusation during a programme on Darling FM, Owerri. 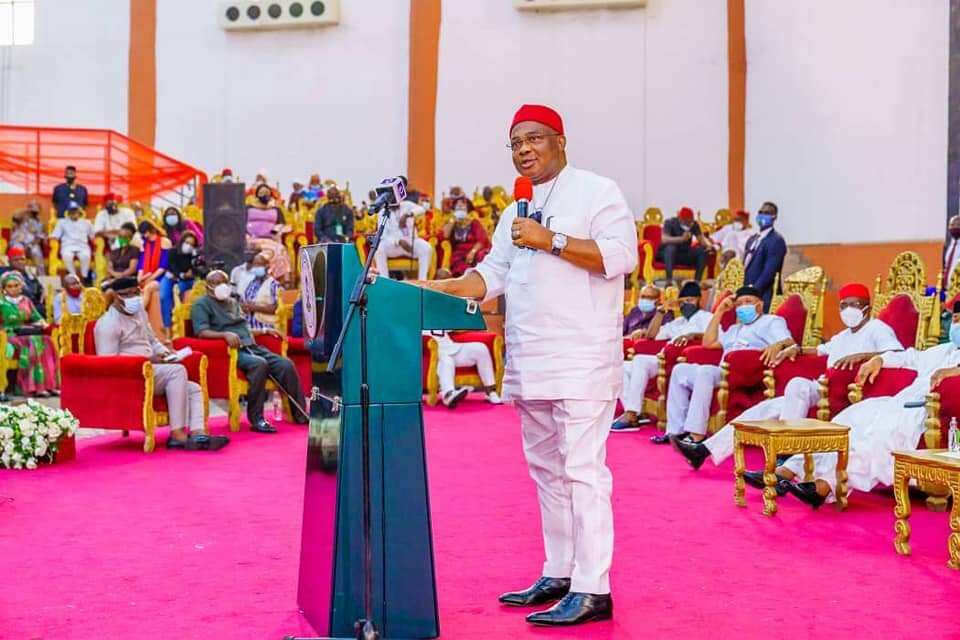 Emelumba accused politicians of spreading falsehood which escalated into a full-blown crisis.

“The opposition has been peddling this falsehood that government reserved acres of land for herdsmen in Imo State.

‘’They kept peddling that lie repeatedly until, maybe IPOB believed it and started going about, looking for where a non-existent land was. That was part of the genesis of the crisis.’’

The official noted that the state government will hold politicians belonging to opposition parties responsible incident.

He also alleged that in time past, the state government was falsely accused of attempting to change the name of Imo State University to Abba Kyari University.

The commissioner pointed out another false claim alleged that the Imo state governor was establishing Almajiri school.

Emelumba said people in the state are playing dirty politics by fabricating lies.

Legit.ng recalls that a clash between Nigerian soldiers and security volunteers suspected to be members of the Indigenous Peoples of Biafra (IPOB) has reportedly left some people dead.

The Nation reported that the clash occurred in Okporo, Banana junction, Ogboosisi in Orlu local government area of Imo state on Monday, January 25.

The publication reported that 10 people were feared dead as a result of the crisis while some houses were set on fire. Governor Hope Uzodinma of Imo State condemned the attack by gunmen in Orlu.

He also imposed a dusk-to-dawn curfew in 10 local government areas in the state to check the further breakdown of law in Orlu and other affected areas.