– According to Governor Ikpeazu, the state had to ban open grazing because of the state landmass

– He consequently called for joint policy by the federal, state and local government to tackle the problem

For those ascribing criminality to Fulanis and Hausas, Governor Okezie Ikpeazu of Abia state has a message for them – our state has no interest in ethnic profiling.

According to the governor, Abia is only interested in clamping down on criminal elements violating open grazing law in the state.

The governor made this known on Wednesday during an interview on Channels Television.

Speaking on the reason to ban open grazing in the state, he said the state is one of the smallest in land area in the country and it will be difficult to leave the ones they have for grazing. 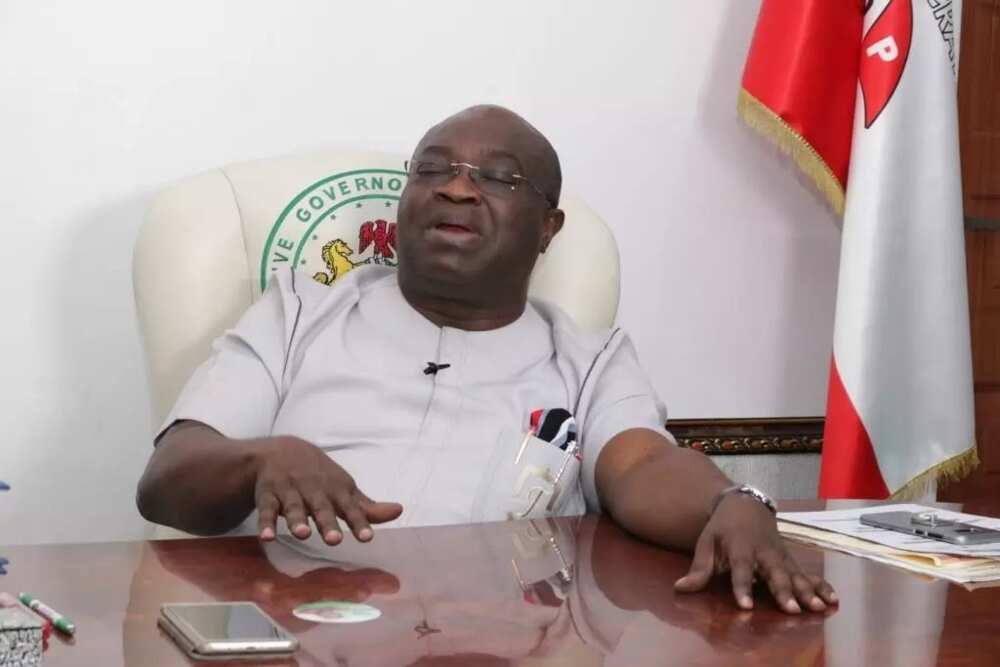 Abia State governor Okezie Ikpeazu says the state government is not interested in profiling any tribe but clamping down on criminal elements violating open grazing law in the state.
Source: Original

“God did not endow us with sufficient land to permit open grazing and leaving our land for cattle grazing.

“Our interest is not to generally profile the Hausas or the Fulanis, we are interested in the criminal elements.”

Meanwhile, he called for proper synergy among the states, local and federal government.

Going further, he claimed that there are some people who have interest in creating anarchy and confusion.

Meanwhile, Legit.ng had reported that Okezie Ikpeazu made a startling revelation about his government’s policy on crises between herdsmen and farmers.

The governor said that his government pays N100,000 for any cow killed by farmers due to misunderstanding between them and herdsmen.

He said this is also applicable to farmers whose farms are destroyed by the herders. Ikpeazu disclosed this during his interview on Channels Television on Wednesday, February 3.

In another development, Legit.ng reported that the Nigerian Islamic human rights organisation, the Muslim Rights Concern (MURIC), asked the federal government to give the cattle rearing industry enough funds to buy land for the establishment of ranches.

The suggestion was contained in a press statement issued on Wednesday, February 3, by the director of MURIC, Professor Ishaq Akintola, and seen by Legit.ng.

Professor Akintola went on to say the government can ban open grazing after the bailout fund has been released.