Recall earlier on, Legit.ng reported the news of how the billionaire daughter released a statement revealing her plans of suing Isreal for libel and defamation over his remarks about her concerning Zlatan Ibile.

Well, Davido took to her Instagram comment to react to the post. As is the trend with the DMW crew, Davido dropped a ‘tule’ as his comment, suggesting the Jollof On The Jet crooner let Isreal be. 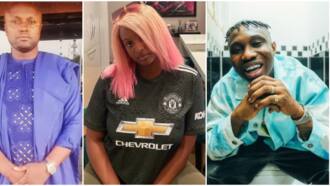 The comment which got over 6,000 likes and over a thousand replies left many social media users amused. Meanwhile, Isreal recently took to social media to react to the news of the lawsuit that was being filed against him by Cuppy after she accused him of libel and defamation.

In response to the news of the lawsuit, Isreal then took to his own page to challenge the billionaire’s daughter. He asked if she had ever in her life given Zlatan a dime and also asked her if the rapper wasn’t the one who paid for his own accommodation and feeding at Transcorp Hilton.

It all started when Isreal took to social media to claim that Zlatan Ibile cut Cuppy off from his life because she was using him due to her father’s influence and also not paying him for services rendered. 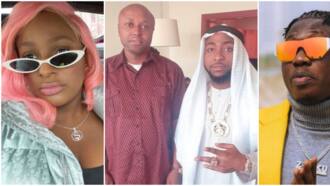 Isreal claimed in the post that Zlatan did a song with Cuppy and did not make a dime from it and that she also took the rapper to Abuja for fundraising and she did not take care of his accommodation and other needs, while also not paying him.