This however puts the Old Lady at an advantage to progress to the next round as they hold a two away goals lead ahead of the second leg scheduled for Tuesday, February 9.

Ronaldo has now scored 22 times and assisted three other goals in 23 appearances across all competitions this campaign. Stats also show that he has scored eight braces this term. 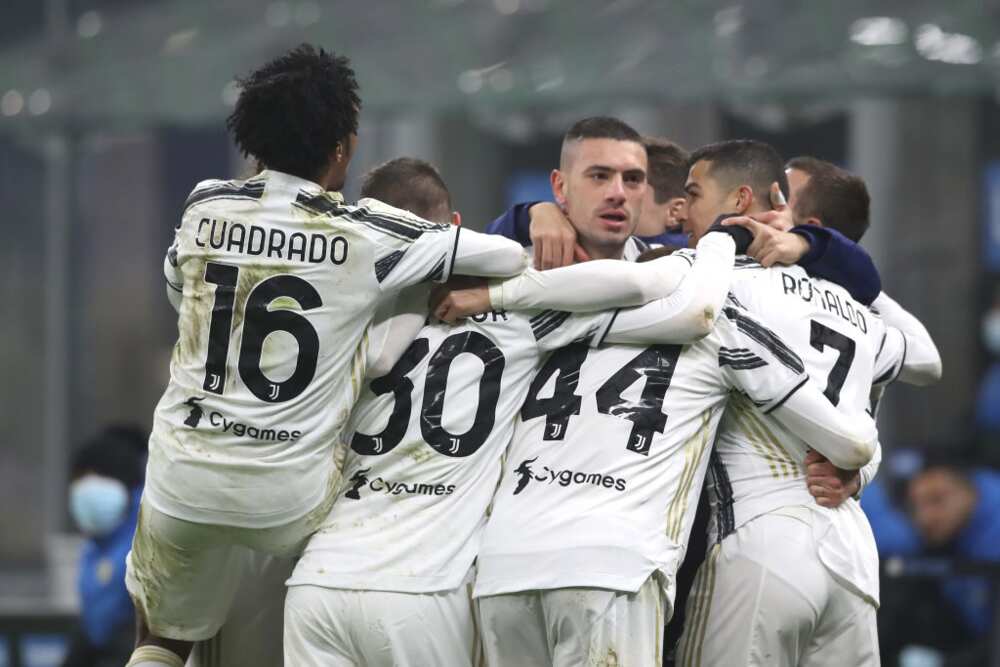 Antonio Conte’s men took the lead through a ninth-minute strike from Lautaro Martinez with Nicolo Barella responsible for the assist.

The Argentine raced into the 18-yard box to tap the ball beyond Gianluigi Buffon’s reach having already tried to save it. The ball slipped past the legend’s arms to allow the hosts to take the lead.

But the visitors bounced back with Ronaldo sending the ball into the roof of the post from a penalty spot four minutes before the half-hour mark.

The Portugal international completed his brace just ten minutes before half time after benefiting from a miscommunication between his opponents and sliced the ball straight into the right corner of the post.

And his brace was all Andrea Pirlo’s men needed to take a two goals advantage ahead of the second leg next week.

Legit.ng earlier reported that Jamie Carragher has picked Barcelona star, Lionel Messi, over his biggest rival Cristiano Ronaldo claiming that the Argentina international does something that players find it difficult to do.

For more than 10 years now, these two players have been at the best of their games and they keep breaking records every day in the round leather game.

The Argentine started his football career on the streets of Argentina before his superb performances sent him to the famous La Masia Academy before graduating to the first team.