– A new political movement, the Nigeria Youths Democratic Party (NYPD), is ready to participate in the 2023 elections

– The chairman of the NYPD, Barry Johnson, said the party belongs to all well-meaning Nigerian youths

As preparations begin for the battle to claim the presidential seat in the 2023 election, the leadership of a new political party made up of young Nigerians has indicated an interest to partake in the poll.

The group, the Nigeria Youths Democratic Party (NYPD) on Tuesday, February 2, submitted the said letter to the headquarters of the Independent National Electoral Commission (INEC) in Abuja, Channels TV reports.

The national chairman of NYPD, Barry Johnson, called on Nigerian youths to join in the process that will bring about a new set of innovative leaders who take the nation to greater heights. 2023: Next president must come from the south – Former northern governor gives reason

Johnson said the new political movement is open to all young Nigerians who have it in mind to see a better nation both for themselves and posterity. 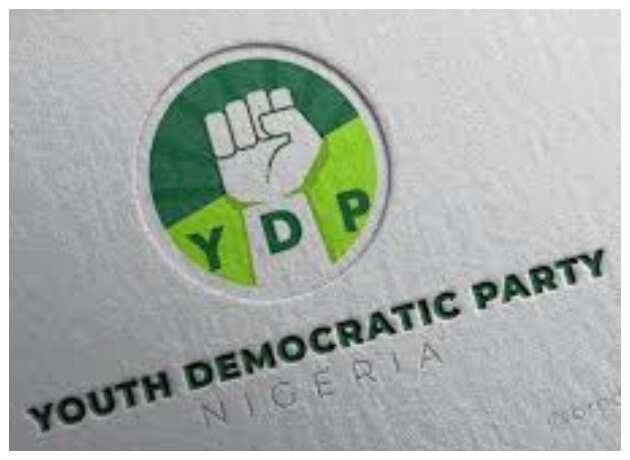 The chairman of the NYPD, Barry Johnson, said the party is for all young Nigerians
(Photo: National YouthDemocratic Party)
Source: Facebook

“We have our own political party now so it will be fraudulent for any Nigerian youth to join a failed and a sinking ship.

“We want the world to know that we are a political party that is under registration process with INEC and we are not holding ourselves back from what we can provide for the Nigerian people.”

Meanwhile, a grand plot to draft President Goodluck Jonathan into the presidential race had commenced with four All Progressives Congress (APC) governors from the north leading the charge.

Legit.ng gathered that a group of 10 politicians from the south comprising notable figures from Bayelsa, the home state of the former president, had been given the mandate to begin a media campaign that would midwife the plan.

According to the report, the group led by a chieftain of the APC from Bayelsa and Jonathan’s political ally was said to have met on two occasions to discuss the modalities of rolling out the campaign.