– Southampton vs Arsenal ended 3-1in favour of the Gunners at St, Mary’s

Nicolas Pepe canceled out Stuart Armstrong’s early strike as Bukayo Saka gave the Gunners the lead before Alexandre Lacazette put the icing on the cake in the second half.

It was a repeat of the 4th Round FA Cup tie between both sides within the space of four days as the Saints went through at the expense of the Gunners. 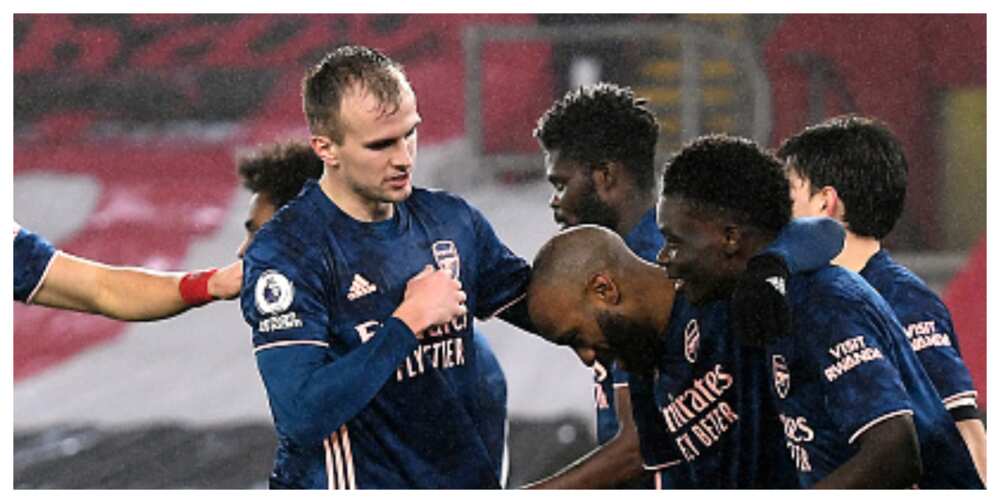 But things were a lot different from the Premier League fixture played at St, Mary’s as both sides looked to improve their status on the league table.

Armstrong got a third-minute strike from a well-worked set-piece assisted by James Ward-Prowse to make it 1-0.

Pepe equalized in the eighth minute to make it 1-1 after getting help from the captain of the night Hector Bellerin.

Six minutes to the end of the first half, Saka made it 3-1 after Lacazette turned provider for the winger to put the Gunners ahead for the first time in the game.

The only clear-cut chance in the second half was in the 72nd minute as Lacazette steered in a low cross from Saka to make it 3-1.

Arsenal have now temporarily moved to eighth while Southampton dropped to 11th on the Premier League table.

The Turkish giants completed a move for the German midfielder and Koc started a campaign via text messages to fans to support the club in paying Ozil’s £67,300-a-week wages.

Ozil’s contract at the Emirates was terminated and had to receive a huge price slash in salaries to join Fenerbache in the January window.