– A socialite in Ibadan, Olaleye Ajibola, has been killed by gunmen suspected to be armed robbers at a hotel in Ibadan, the Oyo state capital

– Olaleye, popularly known as Gatuso, was killed by the gunmen who were fleeing after they had succeeded in robbing the hotel

The socialite, who was planning to propose to his girlfriend on Sunday, January 24, was killed on Saturday, January 23, at the Town House Hotel in Ibadan.

Olaleye was said to have arrived at the hotel with some of his friends when he ran into the robbers, who were fleeing after stealing valuables belonging to employees and guests, Linda Ikeji’s Blog reports. 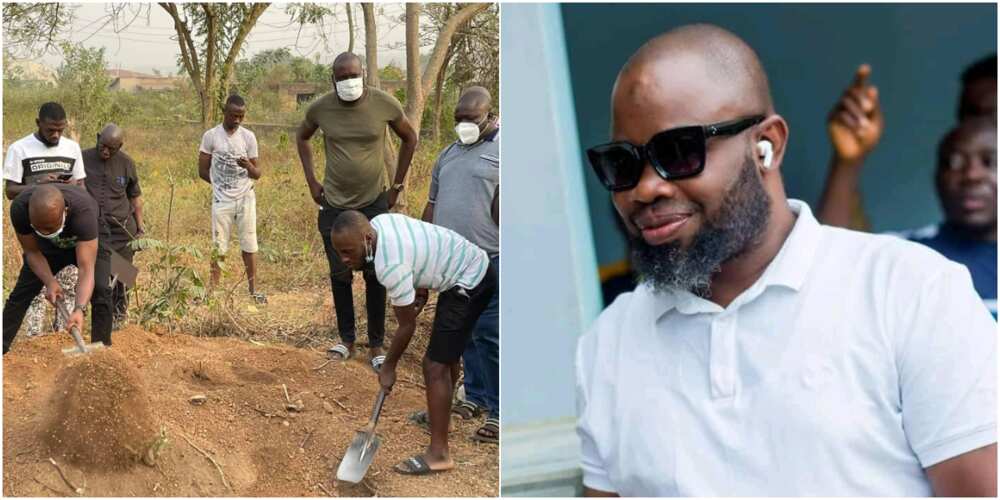 Gatuso was killed by gunmen suspected to be robbers a day he was to propose to his lover.
Photo credit: Linda Ikeji’s Blog
Source: UGC

He was shot at close range after the gunmen sighted him making a call. The incident was confirmed by the police in Oyo state.

Police spokesperson in the state, Olugbenga Fadeyi, said four gunmen were responsible for the evil act.

“Teslim Akinpelu, aka Gatuso, was shot dead by four armed men at Town Hotel, NTC, Iyaganku, around 12.45am. The gunmen pretended to be lodgers before carrying out their evil intention.”