– According to him, girls who date more than one guy are hungry

Nigerian music star, Erigga, like most people on social media, recently shared his two cents one of the most common problems relationships have been known to face, cheating.

The Warri-based rapper took to his Twitter page to speak on ladies who cheat in relationships and why they do so.

According to the entertainer, only ladies who are broke date more than one guy at the same time. Explaining further, he added that only hungry girls were cheating girls. 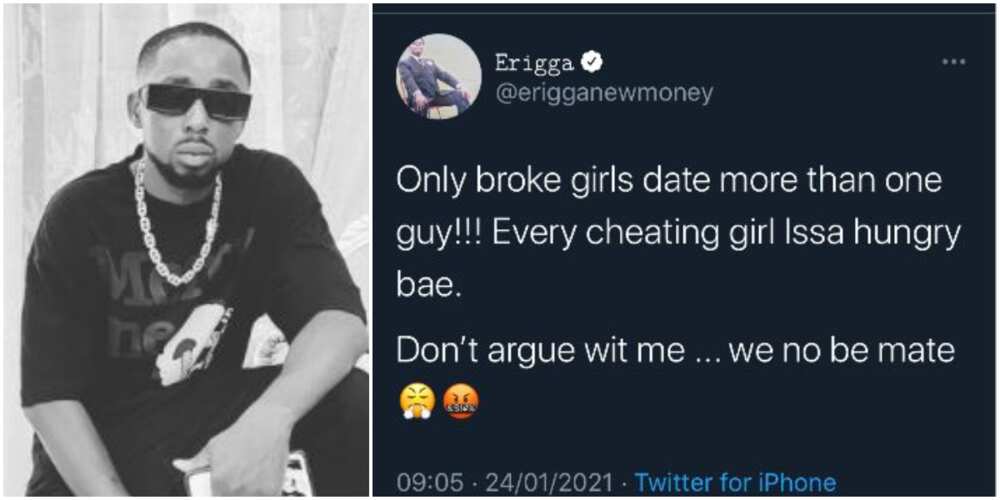 Rapper Erigga believes that it is only broke women who cheat.
Photos: @eriggapapaerboi
Source: Instagram

Don’t argue wit me … we no be mate”See his post below:

As expected, relationship based matters usually get a lot of comments on social media and Erigga’s post was not any different.

While a number of ladies were offended that he based his post on women, others said there were rich ladies who also cheated.

Rainberry was interested in knowing what cheating men are called:

Precious said that women cheat for other reasons apart from money:

Explaining further, Precious said that women loved to be showered with attention:

Blackbarbie also wanted to know what men who have numerous girlfriends are called:

In other news related to the rapper, Legit.ng Erigga recently welcomed a second child with his wife. 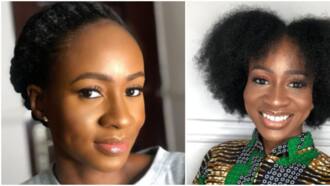 Who is doing you people? – BBNaija’s Anto Lecky rants about people’s disregard for mental health

The rapper joyfully disclosed on social media that his wife, Morenike, welcomed an adorable baby in good condition.

Erigga also gave thanks to God as he shared the exciting news. His post was accompanied with a short video of the little one.