– The Brazilian superstar has in the past attended the bash on every March 11, for one excuse or another

Mauricio Pochettino has stated that he is open to allowing Neymar who is currently injured attend Rafaella his sister’s birthday party, The Sun.

The Argentine boss said he is willing to negotiate a leave of absence for the 28-year-old to hang out with his family. “When the time comes, we’ll see. 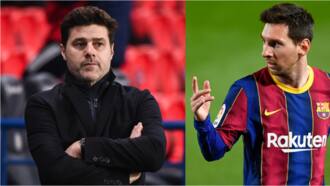 “It’s important to be very good at tactics, but management is fundamental.

“When I started coaching, I told myself that I was going to be inflexible and that I would not let anything go.

“But after 12 years, I realise that I am more flexible each time and that I like to negotiate everything.

“Today, the new generation like to give their opinions, to be listened to. Discussion must take precedence.

“Nothing is won by imposing things. You have to discuss, negotiate.”

Neymar has had a history of missed matches in his career with Barcelona and PSG because of Rafaella’s birthday every March 11.

He missed a La Liga defeat to Deportivo La Caruna four days after helping Barca beat PSG 6-1 in the Champions League in 2017 due to muscle pain.

During the 2015 and 2016 campaigns, Neymar suffered suspensions as fans began to notice the stunning coincidence and in 2019 the former Santos star was absent for a fifth year running. 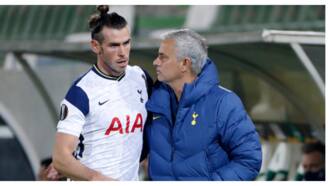 Last season the Brazilian forward PSG played against Dortmund on Rafaella’s birthday but the global pandemic may have hindered his ability to attend the bash.

This season PSG will take on Barcelona in their Champions League last 16 tie on March 10 and Neymar will be given the all-clear to attend Rafaella’s party.

Meanwhile, Legit.ng had earlier reported that Mauricio Pochettino nearly signed teenage Lionel Messi to Spanish club Espanyol when he was in charge as manager.

The Paris Saint-Germain boss who could finally get the opportunity to work with his compatriot if he decides to move to Parc des Princes at the end of the season.