As world leaders continue to share the olive branch with the new American government, Atiku Abubakar, former Nigerian vice president and 2019 general election presidential flagbearer, has congratulated the duo of Joe Biden and Kamala Harris on their inauguration as US president and vice respectively.

In a statement on his Facebook page, the Peoples Democratic Party (PDP) chieftain expressed confidence in Biden-Harris administration solidifying “America’s regeneration and her reaffirmation as the beacon of democracy to the world.”

Atiku, however, tabled three demands before the new administration as outlined by Legit.ng

1. Help Nigeria on war against terror

The former vice president urged the 46thh US president to help Nigeria fight the insurgency in the northwest and northeast.

Atiku said this should be done with the provision of “every type of support required to win our war against the insurgency we face and that threatens the peace of our sub-region.” 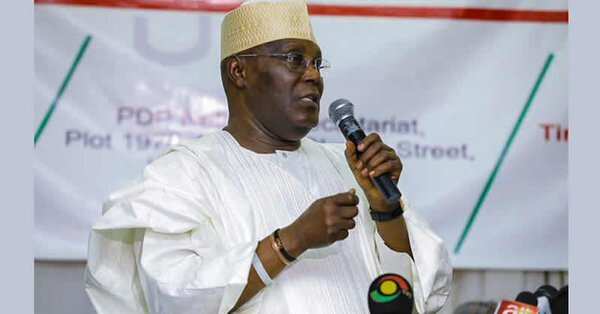 Another demand by Atiku is that the new government should remove “every travel restriction on Nigerian citizens.”

According to him, this will help to foster the good relations that have existed between the two nations “beginning with the July 27, 1961 state visit of our first Prime Minister, Alhaji Tafawa Balewa, to President John F Kennedy.”

Atiku said Biden and Harris must “strengthen US-Nigeria tie” in order to sustain “the mutual benefit of both our democratic nations.”

Earlier, Legit.ng reported that President Muhammadu Buhari warmly welcomed the inauguration of Biden and Senator Harris as president and vice president of the United States respectively on Wednesday, January 20.

Meanwhile, the new president of the United States, Biden, has reportedly signed 17 executive orders right after his inauguration on Wednesday, July 20, to undo some of the things put in place by his controversial predecessor, Trump.

The 46th US president is signing a flurry of executive orders, memorandums and directives to agencies.

Biden, by his executive actions, has also embraced progressive policies on the environment and diversity that former president Trump spent four years blocking.