– The sanction was described as “unproductive”, capable of further endangering the relationship between the two countries

– Among those sanctioned on Wednesday, January 20, are former state secretary Mike Pompe and Robert O’Brien

The Joe Biden administration has described as “unproductive and cynical” the decision by China to sanction some officials of the last Donald Trump-led administration. 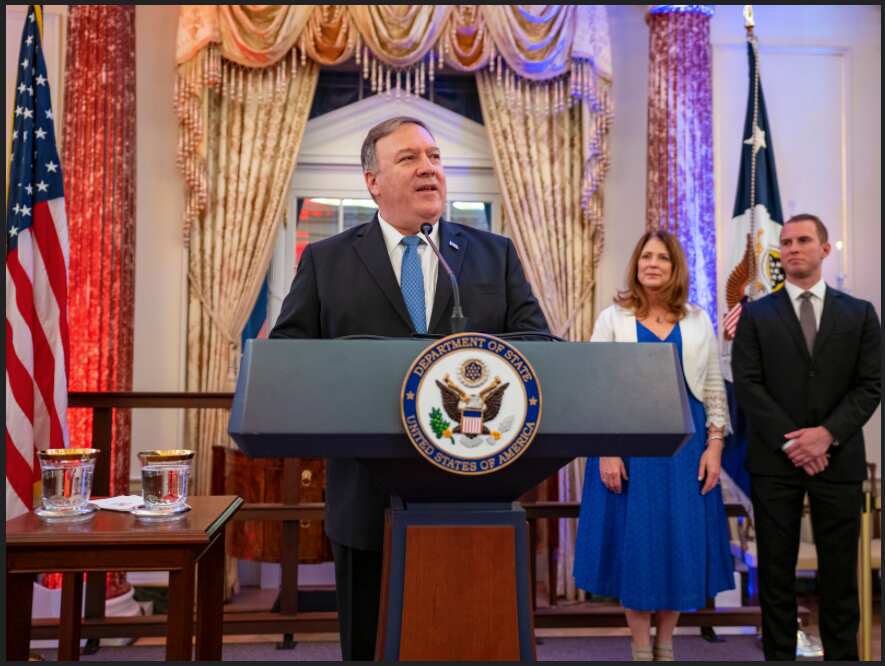 The former secretary of state, Mike Pompe, among those sanctioned by China on Wednesday.
Credit: @SecPompeo
Source: Twitter

China, in a statement by its foreign ministry department, had slammed a sanction on 28 officials in Trump administration with notable figures including former U.S. secretary of state Michael Pompeo, former national security adviser Robert O’Brien topping the list.

Horne said the sanction must be criticised by all Americans irrespective of ideologies and political affiliations, adding that China is trying to “out-compete America”, Bloomberg reports.

“Imposing these sanctions on Inauguration Day is seemingly an attempt to play to partisan divides.

“Americans of both parties should criticize this unproductive and cynical move. President Biden looks forward to working with leaders in both parties to position America to out-compete China.”

Meanwhile, the new president of the United States, Joe Biden, has reportedly signed 17 executive orders right after his inauguration on Wednesday, July 20, to undo some of the things put in place by his controversial predecessor, Trump.

The 46th US president is signing a flurry of executive orders, memorandums and directives to agencies.

Biden, by his executive actions, has also embraced progressive policies on the environment and diversity that former president Trump spent four years blocking.