– The APC chieftain, however, said that the federal government is addressing the security challenges in the country

Nigeria’s Senate president, Ahmad Lawan, has said the National Assembly under his leadership would not disagree with President Mohammadu Buhari to please anybody.

Nigerian Tribune reports that he made the declaration on Tuesday, January 19, when he received a delegation from Adamawa state who paid him a visit in appreciation to the National Assembly for converting the Modibbo Adama University, Yola, into a conventional university.

Legit.ng gathered that several resolutions by the Senate asking the Buhari administration to sack the service chiefs have since been rebuffed by the presidency. 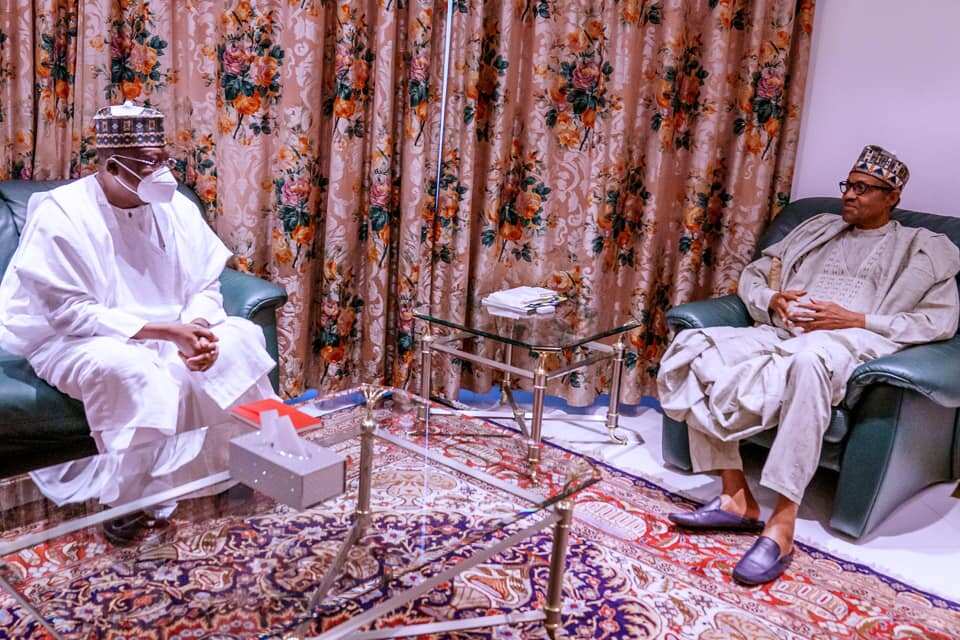 The Senate president maintained that Nigerians can only enjoy the benefits of democracy if both arms of government continue to work in harmony, adding that acrimony would only heat up the polity.

Lawan, however, said he was impressed with the performance of the military in recent times in tackling the scary security situation in the country, noting that he was convinced that the Buhari administration was committed to revamping the economy.

“Those of us in the position of leadership today are probably more challenged than any set of leaders. We need to pray, but we also need to act, work hard and apply ourselves fully and work committedly to ensure that we serve Nigerians.

“Nothing is impossible, this situation of insecurity gradually is being reversed. I am particularly happy with recent developments by our armed forces. They are doing better than they were doing before.”

Meanwhile, Legit.ng had previously reported that the former Senate president, Bukola Saraki, opened up on why the upper chamber refused to confirm the appointment of some of the names sent to it by President Muhammadu Buhari.

It was reported that while responding to a tweet by a media mogul Dele Momodu on Wednesday, December 30, Saraki, who served as the chairman of the 8th National Assembly (NASS), said the Senate’s refusal to confirm Buhari’s appointees was “never about a personal agenda.”