Nigeria’s Olympic bronze medalist Chika Chukwumerije posted a photo of his 74-year-old mum working out in the gym.

The 37-year-old was dressed in his taekwondo outfit along with his mum who wore a polo shirt, doing some drills in the gym.

The martial artistis who won gold at the 2007 All Africa Games and bronze 2008 Olympics in the 80kg category was happy to see his mum workout and shared the photo of his Twitter account. 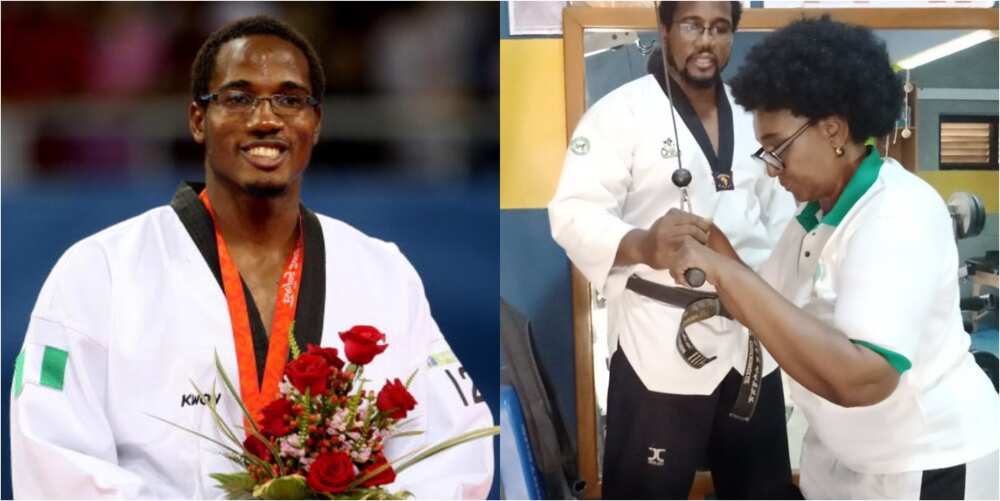 “Last Sat, my beautiful 74-year-old mum said 2me, “I want 2start working out”. I replied, “great decision Mum. When do u want to start?” She showed up d next day. 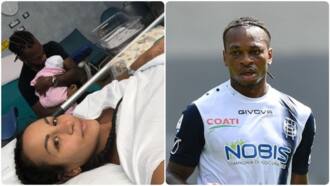 “Life lesson – never procrastinate. Whatever u want 2do, u can start day. It’s neva 2 late.”

Chukwumerije also won silver and bronze in the heavyweight division during the 2003 and 2011 All African Games respectively.

At the Athen 2012 Olympics, the son of former politician Comrade Uche did not make it past the first round as he lost his first bout.

The current technical director of the Nigeria Taekwondo Federation established a sports foundation to introduce taekwondo to disadvantaged students, helping them to build their skills and confidence and develop a more positive outlook.

Meanwhile, Legit.ng had earlier reported that Emmanuel Emenike has given back to society in a big way as the former Super Eagles striker recently completed a world class hospital in his hometown as seen on Instagram. Legit.ng also reported that Super Eagles captain Ahmed Musa has continued his philanthropic works across the country as the forward has revealed plans to build a mega-million school in Jos south local government Bukuru.