As Joe Biden is sworn-in as the 46th President of the United States, we take a look at earlier prophecy by Super Eagles legend Taribo West who earlier predicted that Donald Trump would win the presidential elections.

Democrat Joe Biden defeated Trump by about 4.45 percentage points according to reports from all 50 states and the District of Columbia.

Biden received nearly 81.3 million votes, or 51.3% of all votes cast – a record, and more than 7 million more votes than Trump.

The U.S. Congress then confirmed Joe Biden as the winner of the 2020 presidential election on January 7, a day after rioters were expelled from the Capitol following hours of chaos and violence.

The electoral college vote total passed the winning total of 270 confirming Biden as the next President and Kamala Harris as the vice president-elect. 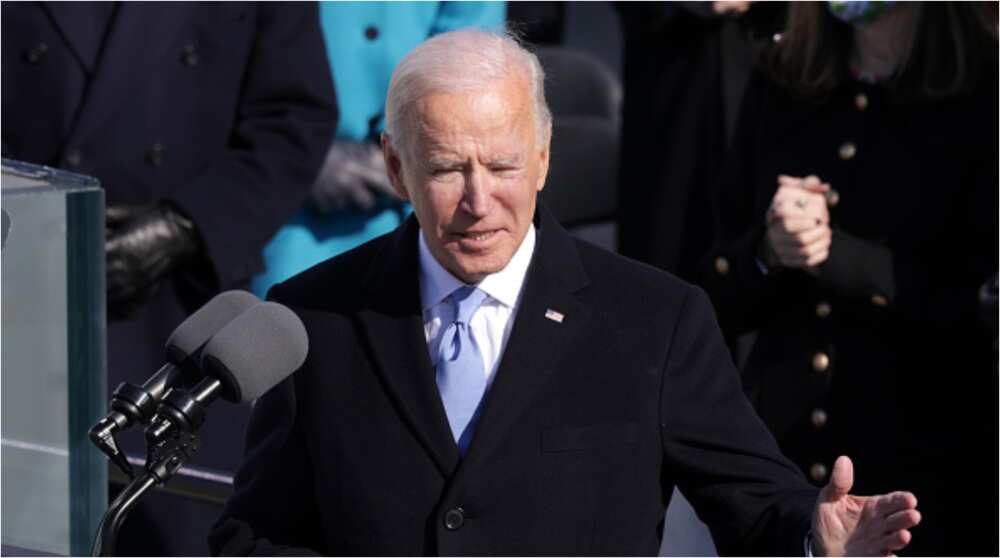 Joe Biden has been sworn-in as the 46th President of the United States.
Photo: Alex Wong
Source: Getty Images

The final tally was 306 for the Biden-Harris ticket, versus 232 for Trump and Mike Pence.

Biden has been inaugurated as the 46th president of the United States on January 20, but retired Nigerian footballer Taribo West who is now a pastor, had prophesied victory for Donald Trump.

Before the November 3 elections, West said:

“Before the election in Edo, I said Obaseki would win; is that true? Did he win? Nobody said it anywhere, nobody quote it anywhere.

“I also said it here before Ondo election… Akeredolu would win; is that true? Did he win?

“Now I want you to shoot this out the way I want it, Donald Trump will win the election with a slight-split edge over Joe Biden, so quote me and I want it to be out before time.” Meanwhile, Legit.ng earlier reported that the immediate past president of the United States Donald Trump left a secret letter for his successor Joe Biden before the latter’s inauguration.

The disclosure was made on Wednesday, January 20, by one of Trump’s aides, Judd Deere, who worked with him in the White House.