Amid the February deadline for the network subscribers to link their Subscribers Identification Module (SIM) cards to their National Identity Number (NIN), some Nigerians have expressed concerns.

Legit.ng‘s regional reporter in Lagos, Adeoye Adewunmi, who spoke to some NIN enrollees on Wednesday, January 20, reports that they said the federal government is insensitive about the registration especially at the time when cases of COVID-19 continue to increase on daily basis.

An estate agent, Olawaye Adebiyi, who spoke to Legit.ng said that he prefered his SIM being blocked than risking his life. 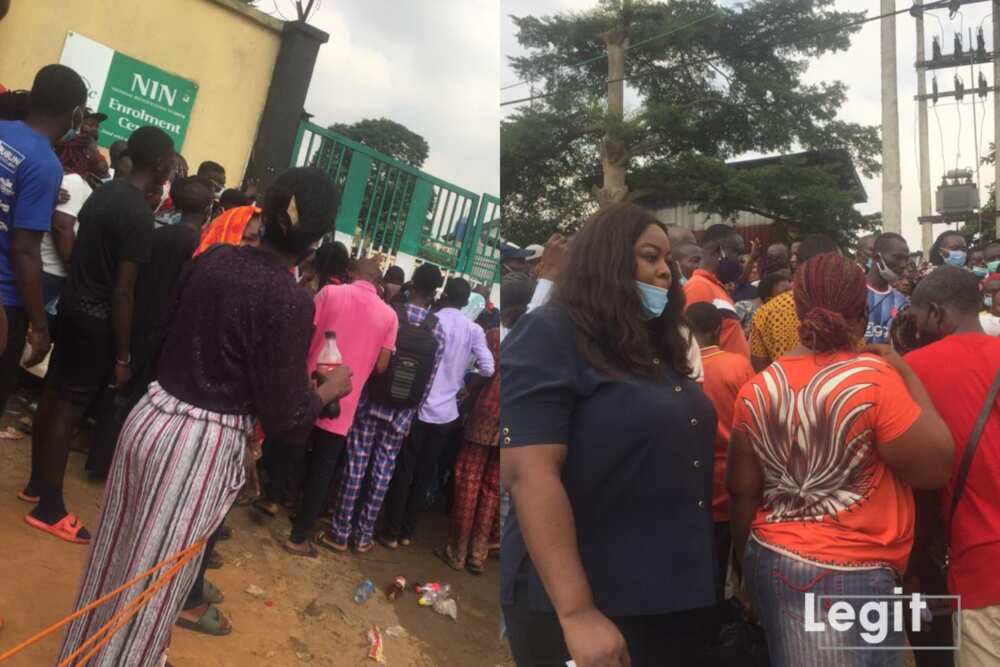 Adebiyi explained that it is not a hidden fact that the coronavirus pandemic is ravaging the whole world generally.

Adebiyi, therefore, admonished the government to postpone the SIM-NIN registration till the coronavirus pandemic subsides.

“Do they expect me to go and queue? I cannot because of the spread of the coronavirus. This is unfair. What type of country are we in. Perhaps they want to kill us in the country we never can tell because how can they insensitive to the health conditions of their followers.

“If they block my line, it means they will block the lines of millions of Nigerians and as a matter of fact, Is being alive not better than line blocking. It is with this I know that our Government does not appreciate our lives. This is not the best time for this. I am determined to not queue because it does not make sense at this time.”

A student of the University of Lagos, Leonard Shofoluwe, said he loves SIM blocking to risking his life, saying that although it is a right move on the part of the government, the timing is wrong due to the spike in the coronavirus pandemic in the country. 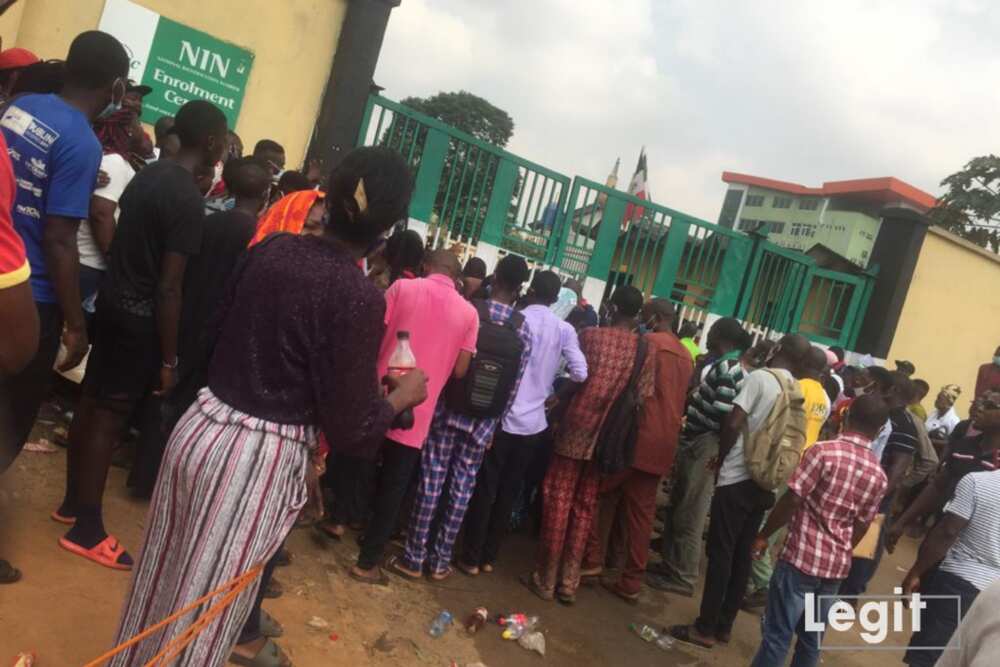 Shofoluwe said it would be a fruitless venture if the SIMs of millions of Nigerians are blocked while advising that the government postpone the exercise indefinitely.

“I would rather prefer they block my sim than queuing to line up to get my NIN registered. Although it is a right move, it is at the wrong time because of the pandemic. So, that is why they should postpone.

“It should be suspended indefinitely till the coronavirus is on a low count because the lives of Nigerians are more valuable than the NIN registration. Truth is if they block the sim, they are going to block other people’s lines. So, it is just like they are wasting their time.”

Another NIN-enrolee, who spoke to Legit.ng, Adeniyi Bamisebi, described the NIN registration as a way to listen to the private conversations of the citizens as it relates to the Lekki protest.

Bamisebi, who is a Lagos-based lawyer, questioned the urgency behind the registration when the BVN registration achieves the same purpose and at the peak of the coronavirus pandemic.

“What is more I feel what warranted the government under the aegis of the Ministry of communication is the Lekki protest as a lot of Nigerians including myself fear that this is a ruse to tap and listen to private conversations of the citizens.

Meanwhile, Legit.ng had previously reported that hundreds of residents of Kubwa area of Abuja, the nation’s capital were frustrated on Wednesday, January 20, at the registration centre for the National Identification Number (NIN) after officials failed to show up for the exercise. 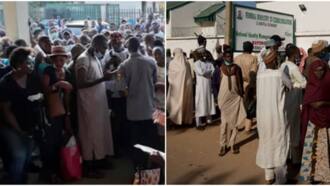 It was reported that the residents had turned up at the centre in a scramble to get the number and beat the deadline set by the Nigerian Communications Commission (NCC) for SIM cards to be linked with NIN.