– In a video that went viral, the man feigned crying, an act that caught the kid unawares

A funny video of a man and a little baby, believed to be his child, has shown how babysitting is tough work and one of the many ‘extreme’ techniques adults use to keep kids calm.

In the clip, a baby cried for seconds as a man believed to be the father filmed her. Seconds after, as a way to keep the baby still, the man faked a cry.

The act took the kid by surprise as she looked, appearing dumbfounded and trying to process what just happened. 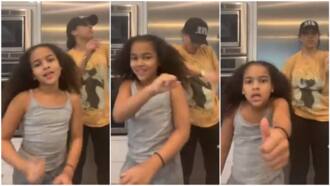 While many people online thought the man went too far, they, however, agreed that his technique delivered a great result.

Since the video went viral online, it has been watched by many and reposted by different handles.

Legit.ng compiled some of the reactions the video got below:

“He think say na only him saabiiii cry or scream. Thank God he get the message and beee quiet and stay COOL.” 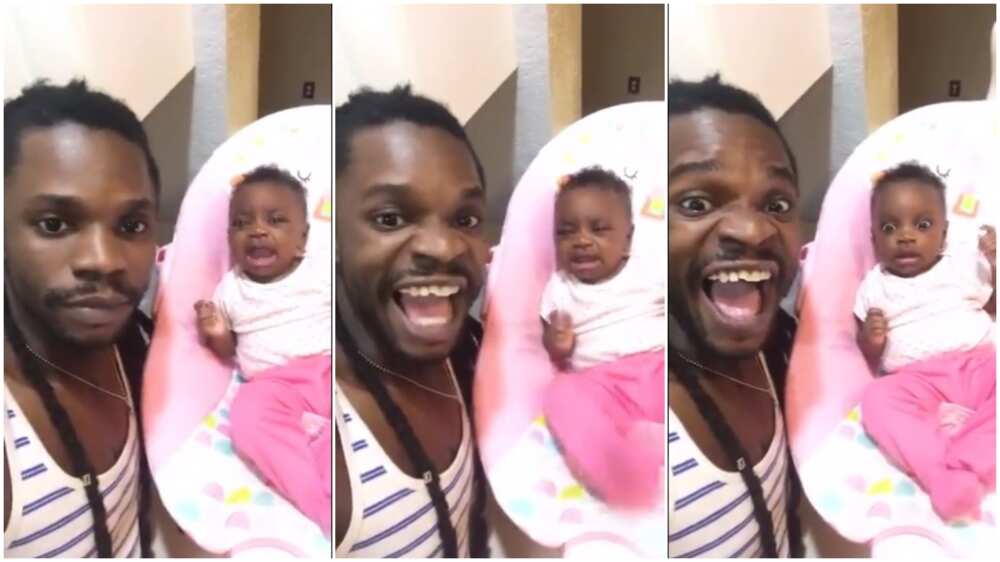 Meanwhile, Legit.ng earlier reported that a mother and model, Tatiana Elizabeth Price, generated massive reactions online after posting a video of her trying to join the #BussItChallenge.

As the mother was about showing her banging shape and twerking, her baby burst into uncontrollable laughter in a video that has been seen over one million times. 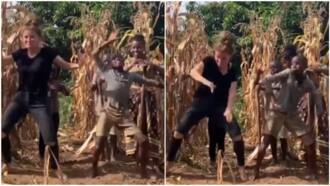 The mother joined in and turned what would have been a proper twerking video into a comedy show.

Captioning the video on Twitter, the mother said that she finally joined the #BussItChallenge, hinting that the result was the opposite of what she had planned.

Is it right for parents to fight in front of their children? | Legit TV