– This was revealed by Trump’s aide, Judd Deere, on Wednesday, January 20

– Deere said the letter is only between Trump and Biden

It has been confirmed that the immediate past president of the United States (US) Donald Trump, left a secret letter for his successor, Joe Biden, before the latter’s inauguration.

The disclosure was made on Wednesday, January 20, by one of Trump’s aides, Judd Deere, who worked with him in the White House, Yahoo.com reports. 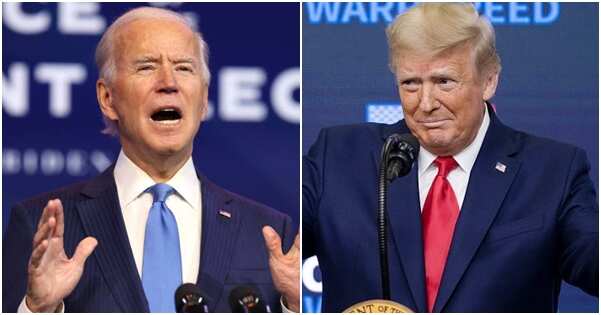 Meanwhile, Trump praised his government for developing the COVID-19 vaccine in just nine months, a feat he claimed past or future administrations would have struggled with for years.

“We passed the largest package of tax cuts and reforms in American history. We slashed more job-killing regulations than any administration had ever done before.”

Trump has always prided himself as the US leader who took the issue of border security most seriously. The American leader said he was about to “leave the next administration with the strongest and most robust border security measures ever put into place.

Trump reiterated the fact that he is “… especially proud to be the first president in decades who has started no new wars.

“We revitalized our alliances and rallied the nations of the world to stand up to China like never before.”