A photo of US former President Bill Clinton resting his eyes during Joe Biden’s inauguration on Wednesday, January 20, has gotten the internet buzzing.

The 74-year-old and his wife, former Secretary of State Hillary Clinton, were among dignitaries present at the historic event at the Capitol in Washington, DC.

Clinton sitting next to his wife behind former Vice President Mike Pence was caught on camera eyes closed while Biden delivered his first presidential address after being sworn in. 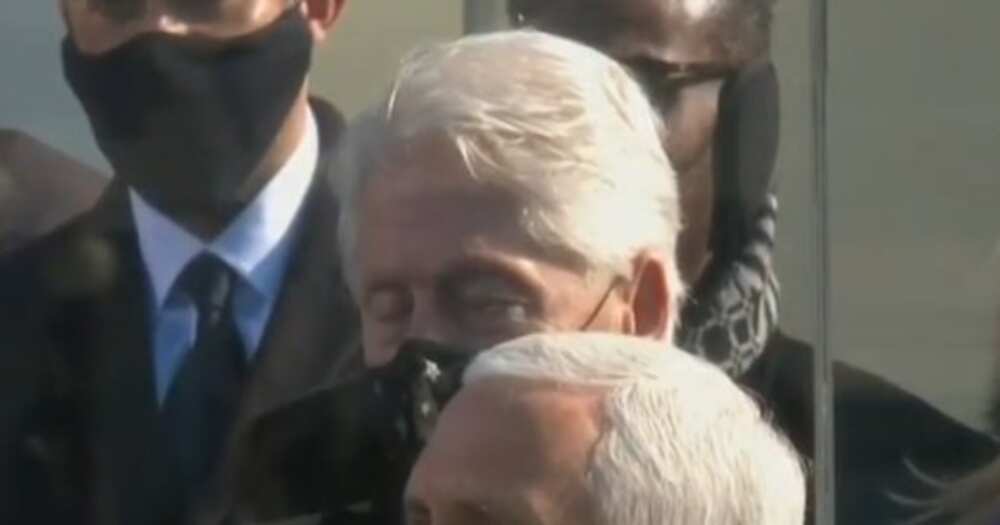 Legit.ng gathered reactions from Americans as the former president is currently trending on Twitter with many people making jokes about it.

Meanwhile, Legit.ng reported that Biden was officially sworn in as the 46th president of the United States of America in what many have described as a historic event.

The 78-year-old Democrat was sworn in outside the historic building by Chief Supreme Court Justice John Roberts.

In a related development, former Vice President Mike Pence did not make any plan to attend the farewell ceremonies of the outgoing president, Donald Trump.

Pence said his final goodbye to President Trump on Tuesday, January 19. The ex-vice president will neither be at the White House when the former president departs nor is he expected to attend the ceremony at Joint Base Andrews before Trump leaves for Florida. 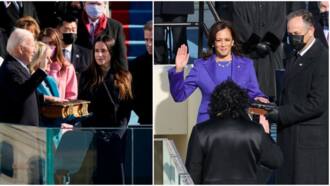 However, Pence made plans to attend Biden’s inauguration. He is expected to Indiana after the ceremony.

In other news, former President Donald Trump finally departed the White House for the last time.

He left for Joint Base Andrews, for a short farewell ceremony before one last presidential flight to Palm Beach. The former president thanked reporters at the White House and said it had been the ‘honor of a lifetime’ to serve as president.