– The comptroller general of NIS, Mohammed Babandede, noted that the closure is good for security

Mohammed Babandede, the comptroller general of the Nigerian Immigration Service (NIS) has revealed why the closure of Nigeria’s borders was a great idea for the country.

Babandede speaking during an interview on Channels Television’s Newsnight on Monday, January 18, said the move was good for the improvement of the nation’s security.

According to him, it was good for the country to show that it cares about security and the economy. 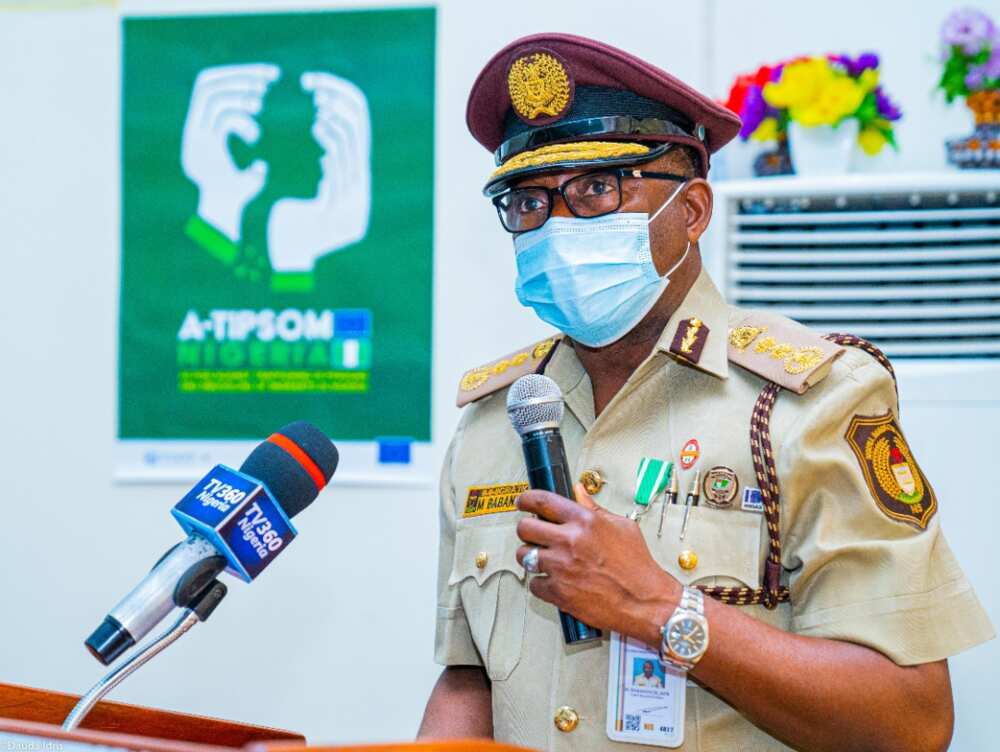 Immigration boss has said the closure of the nation’s border is good for security.
Photo credit: @nigimmigration
Source: Twitter

The immigration boss went on to add that during the time when the borders were closed, the political will of the current administration was understood by neighbouring countries.

This was disclosed in a tweet by Bashir Ahmad, a personal assistant on new media to the president, via his verified Twitter handle, @BashirAhmaad.

According to the presidential aide, the borders to be opened include Seme, Illela, Maigatari, and Mfun.

In a related development, President Buhari gave himself a pat on the back for shutting Nigeria’s land borders for about one year in a bid to discourage the importation of food.

Speaking in a meeting with members of the Presidential Economic Advisory Council, the president admitted that the country would have been in serious trouble if his administration did not take the initiative of closing the borders.

He pointed out that it was this move that fast-tracked massive development in the agricultural sector, adding that at the moment, about seven states in Nigeria produce the volume of rice consumed locally.