Zlatan Ibrahimovic scored both goals in AC Milan’s 2-0 win over Cagliari in a Serie A fixture played on Monday, January 18, 2020.

The 39-year-old helped his side go three points clear ahead of city rivals Inter Milan at the top of the league standings.

The Swedish striker has now scored in his 20th consecutive season in his professional career and took his tally in Serie A to 12 goals, three behind leading scorer Cristiano Ronaldo. 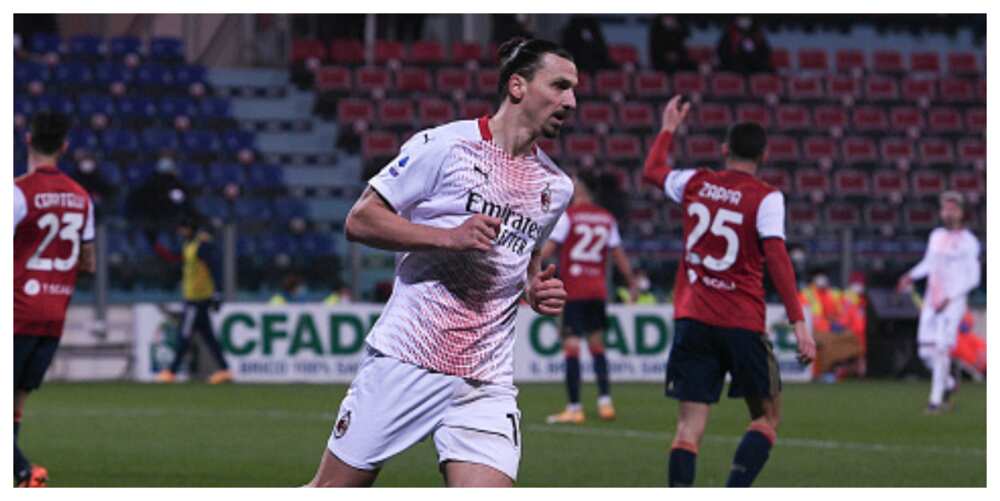 His goal-tally also puts him level with Inter’s duo of Romelu Lukaku and Lautaro Martinez but Ibrahimovic has played less than half the games than his competitors.

The former Manchester United forward has netted in nine straight starts in a top-five league for the first time in his two-decade-long career.

He also became the first player in Milan to score many goals in eight games for Milan since Marco Van Basten in the 1992-93 season.

Zlatan was asked if the Rossoneri can win the Scudetto after the game against Cagliari and he told Sky:

Milan’s next game is against fellow title contenders Atalanta before playing Inter in the Coppa Italia.

Meanwhile, Legit.ng had earlier reported that Zlatan Ibrahimovic has begun his festive celebrations early after gifting each member of AC Milan squad a PlayStation 5. 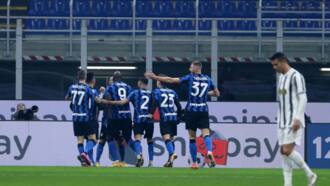 Fans scrambled for the product in the market after it was launched but the Swedish striker eased his teammates of the stress of buying it as he presented it as their Christmas presents.

Three members of the Rossoneri were grateful as they took to their Instagram handle to thank the 39-year-old for his gesture towards them.

The three members of the Rossoneri squad were Mateo Musacchio, Samu Castillejo and Rafael Leao as they took to their Instagram story to thank the ex-PSG star after getting their hands on the in-demand console.