– The Baale of Feru village in Ado-Odo Ota, John Olaniyi Falola, has begged Ogun state government to intervene in the land dispute issues in his community

– Falola made the plea on Saturday, January 16, in Ota area of the state

The cases of land grabbing in the southwest zone of the country have become critical issues among stakeholders, especially in Lagos and Ogun states. This, has, however, caused major unrest in some communities in the two states.

In this vein, apparently dissatisfied by the incessant attacks by the landgrabbers in his community, the Baale of Feru village in Ado-Odo Ota council development area, Ota division, John Olaniyi Falola, has urged Governor Dapo Abiodun of Ogun state to intervene and put an end to the menace.

Legit.ng reports that while expressing his dissatisfaction on Saturday, January 16, in Ota, Falola said that the chaos caused by the land grabbers, popularly called ‘Ajagungbale’, is becoming unbearable and inhumane to the entire community. 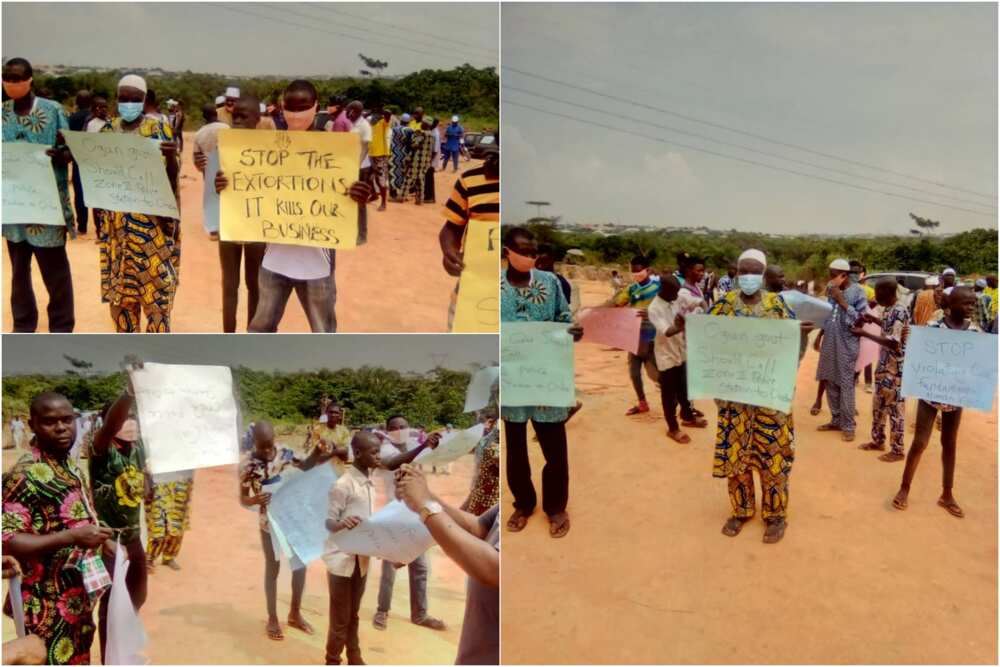 The monarch also narrated how land grabbers recently invaded the community, destroyed properties and chased away the original landowners.

“This is becoming intolerable and barbaric. The government should come to our aid and put a stop to this turmoil. My people don’t sleep with their two eyes closed anymore because the land grabbers operate both in the day and night.

“If this issue is not addressed on time, it might lead to violence between the community youths and the land grabbers which I do not want to happen.”

Speaking on the issue, a principal member of the community, Azeez Jimoh, urged Governor Abiodun to mediate as a matter of necessity, saying that the community never experienced the ungodly act of land grabbers during the past administration of Ibikunle Amosun. Earlier in his remark, Gbenga Ibuoye Nigeria Limited, a company into laterite mining in the area, said that the crisis caused by the land grabbers is costing their firm a lot of money in settling disputes.

The company said several petitions have been written to the state commissioner of police, adding that the divisional police stations in Ota, and the attorney-general were also reached.

It was gathered that one chief Akanle is allegedly using zone 2 police command to cause mayhem in the area.

Meanwhile, Legit.ng had previously reported that residents including motorcyclists, motorists and passengers plying the Alagboole, Akute, Ajuwon, Lambe, Matogun and Ijeja areas of Ogun state lamented the deplorable and sorry states of the roads in the axes.

It was reported that the residents begged the state government led by Governor Abiodun to as a matter of urgency fix the roads which have become serious threats to their lives.