– Operatives of the Nigerian military recently carried out a series of operations in Zamfara state, killing at least 35 bandits

– Several cows, sheep were recovered during the counter-insurgency operations in the northwest

Soldiers of the Nigerian Army have launched attacks on unrepentant bandits in various locations in Zamfara state, killing no fewer than 35 of them.

Maj.-Gen. John Enenche, the coordinator, Defence Media Operations made the disclosure in a statement released and shared on the Facebook page of Defence Headquarters Nigeria.

Eneche speaking on military operations said troops of Forward Operating Base Kekuwuje during a counter-attack on Sunday, January 17, neutralised 30 armed bandits. The soldiers recovered 24 cows and an unspecified number of sheep. 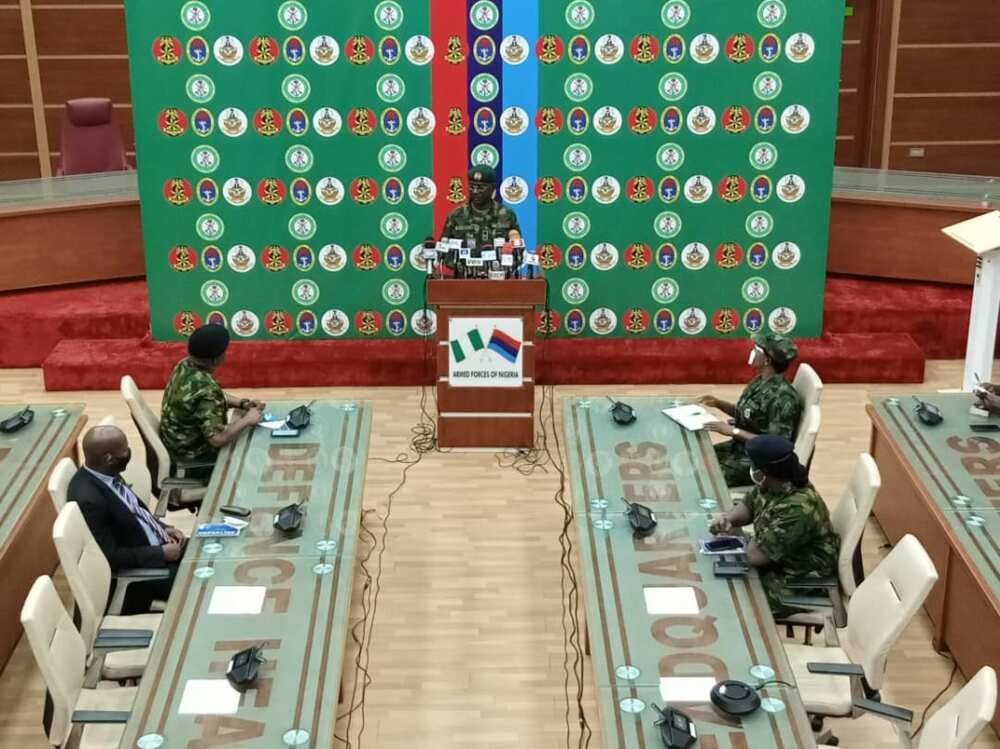 The coordinator said the operation was launched following credible intelligence on the movement of armed bandits at Bungudu LGA of Zamfara state. He went on to note that troops deployed at Maradun swiftly mobilised to the area after receiving information of a reprisal attack by armed bandits at Janbako village in Maradun LGA of Zamfara state.

The gallant troops overwhelmed the bandits after they were ambushed, killing five of them.

The suspects identified as Mustapha Sani and Murtala Sani were apprehended at Dungun Muazu village.

The military has vowed not to relent in its onslaught against the criminal gangs in the northern region of the country and Nigeria at large.

Meanwhile, Legit.ng reported that the Coalition Against Terrorism and Extremism (CATE) on Sunday, January 17, commended the troops of the Nigerian Army and their leadership for the successful operation against terrorists in Marte local government area of Borno state.

The group in a statement signed by its national coordinator, Gabriel Onoja, and seen by Legit.ng said the insurgents suffered unbearable damage at the hands of the troops.

Calling on the troops not to relent and allow the insurgents to regroup, Onoja said the recent attack on the terrorists by the Nigerian army on Friday, January 15, is an assurance that the Nigerian state is forever superior.