Manchester United have solidified their place at the top after salvaging a precious point at Anfield against Liverpool on Sunday, January 17.

United went into the Sunday, January 17, clash off an impressive away form that saw them down Burnley at Turf Moor earlier in the week.

Paul Pogba’s solitary goal during that particular clash saw the Red Devils go top on the charts, opening a three-point gap over Liverpool.

The Ole Gunnar Solskjaer-tutored side was therefore keen to register a favourable result during their trip to Anfield for a chance to extend their lead atop.

However, they struggled to break a stubborn Liverpool side who proved dominant from the blow of the whistle.

Be that as it may, goalscoring chances were far and wide, with neither side looking threatening in the final third.

Liverpool’s best chance of the half came in the 14th minute through Andy Robertson, only for the Scottish to volley his effort over the bar.

The closing stages of the first half saw United slowly settle in but could not break Liverpool’s stubborn defence as the tie ended all square into the break.

The second half had both sides earn some decent goalscoring chances, with both Alisson Becker and David de Gea being forced into brilliant saves.

Both managers were forced into a tactical tweak deep into the second half, with Solskjaer withdrawing Anthony Martial withdrawn for Edinson Cavani before Curtis Jones replaced Xherdan Shaqiri for Liverpool.

However, that too did not pay off as both teams held on to have the spoils shared at full time. 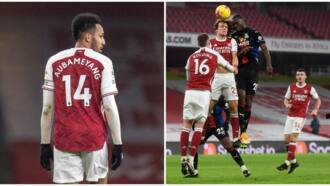 The result means United stay top of the table with 37 points, two above second-placed Leicester City.

Liverpool occupy third place with 35 points but in danger of dropping to fourth should Man City beat Crystal Palace. 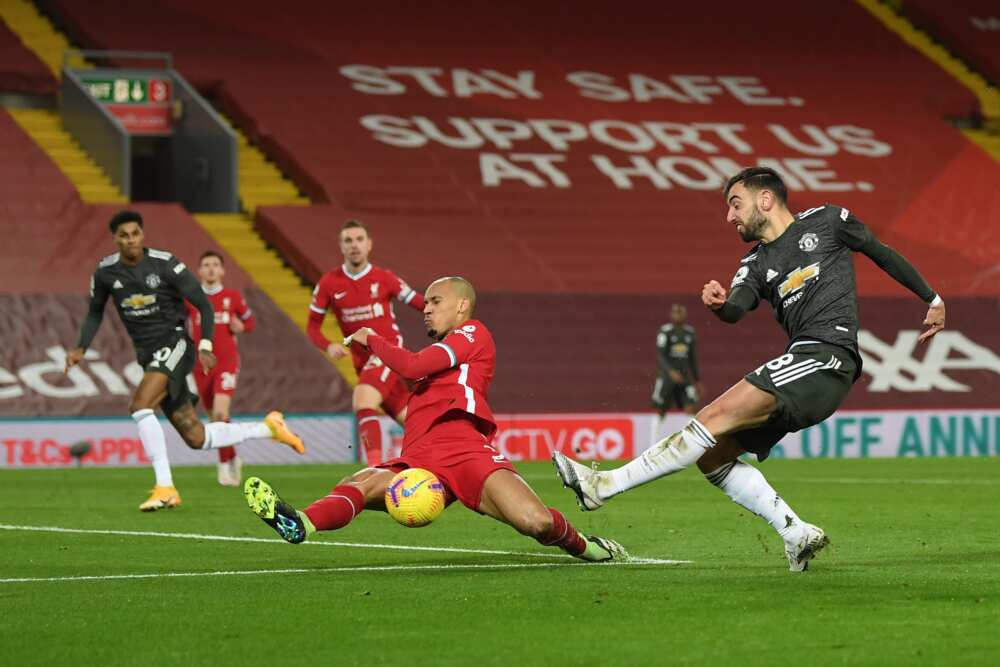 Earlier, Legit.ng had reported how Manchester United midfielder Bruno Fernandes made history in the Premier League after becoming the first player to clinch the player of the month award four times in the same year.

He scored three goals and four assists in the month under review to emerge victorious above fellow contenders.