– The media have been cautioned against sensationalism in its report

A group, Initiative to Save Democracy (ISD) has accused a national newspaper of promoting sensationalism over facts in a report on the mobilization of corp members for the National Youth Service Corps (NYSC).

The group which described the news report as divisive and heinous said the report was written to cause disharmony in the Buhari administration. 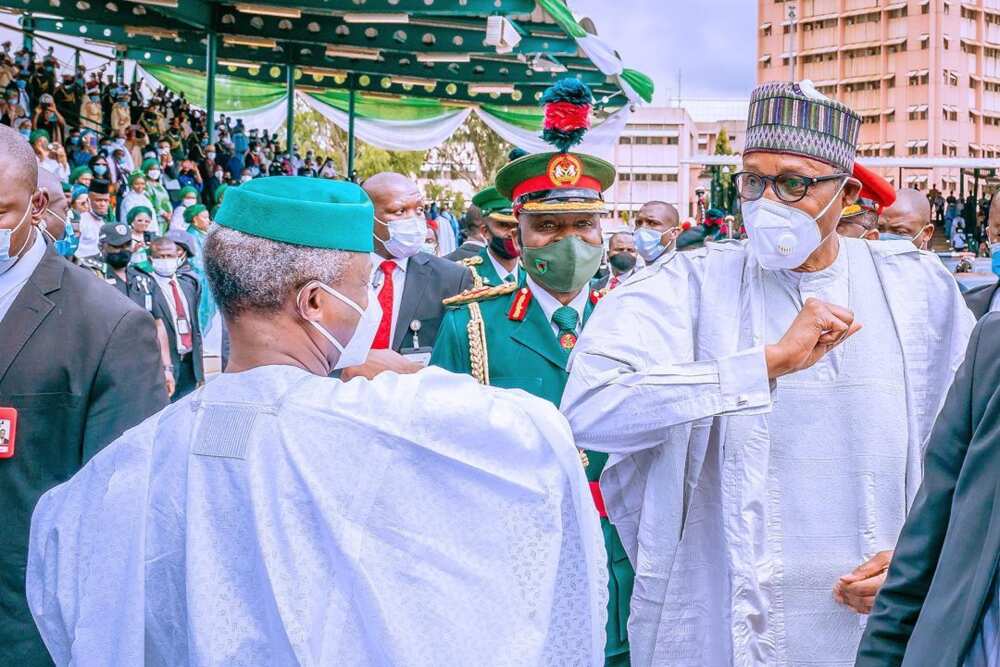 The group accused the national newspaper of trying to create discord in the Buhari administration.
Photo credit: @NGRPresident
Source: Twitter

The position of the group was contained a statement sent to Legit.ng on Saturday, January 16, and signed by its president, James Akinloye.

COVID-19: This is the truth about alleged second lockdown – Presidency speaks up (video)

Akinloye said the report did not capture the true conversation but rather sought to tell lies for marketing purposes.

ISD stressed that the Federal Executive Council approved the Economic Sustainability Plan and that the president also endorsed it.

“All the schemes like Survival Fund, Social Housing, and five million Solar Installations are all part of the ESP and are currently being implemented but that does not interest Punch, only fake news interests them”.

Recall that a recent comparison between VP Osinbajo and Mike Pence of the US was shut down by the vice president’s supporters on Twitter last week.

Similarly, attempts to rope the vice president into a road accident recently and indict his convoy was dismissed with proofs provided by his aide on visual documentation.

Muslims and Christians have no reasons to fight each other, northern elders insist