The United States has the most powerful military in the world, according to the latest estimates released by Global Firepower, a military ranking index.

Russia sits on the second position while China occupies the third position, as also graphically presented by Statista. 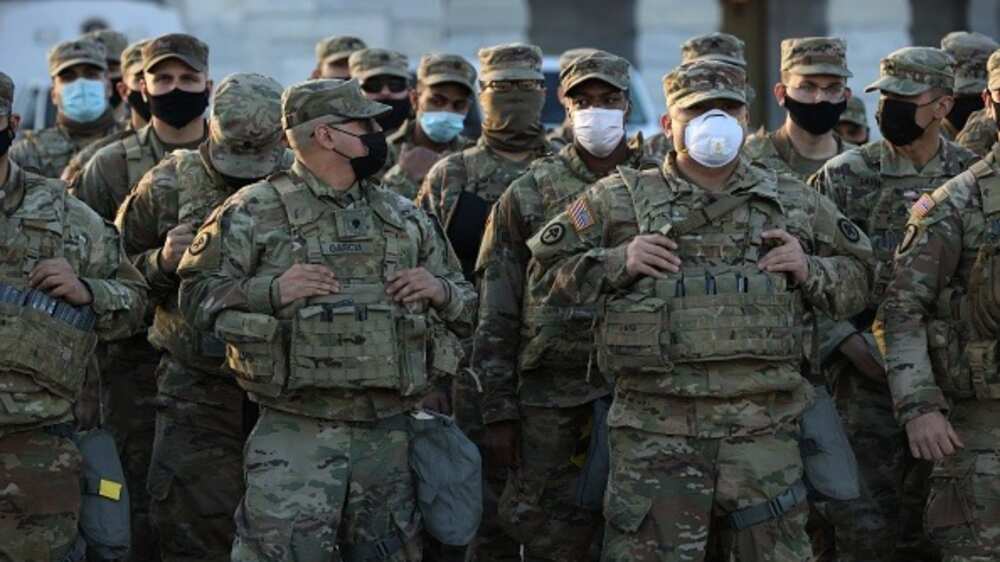 US military is the most powerful in the world, according to Global Firepower.
Photo credit: Chip Somodevilla
Source: Getty Images

Below is the list of the top 15 most powerful militaries in the world: 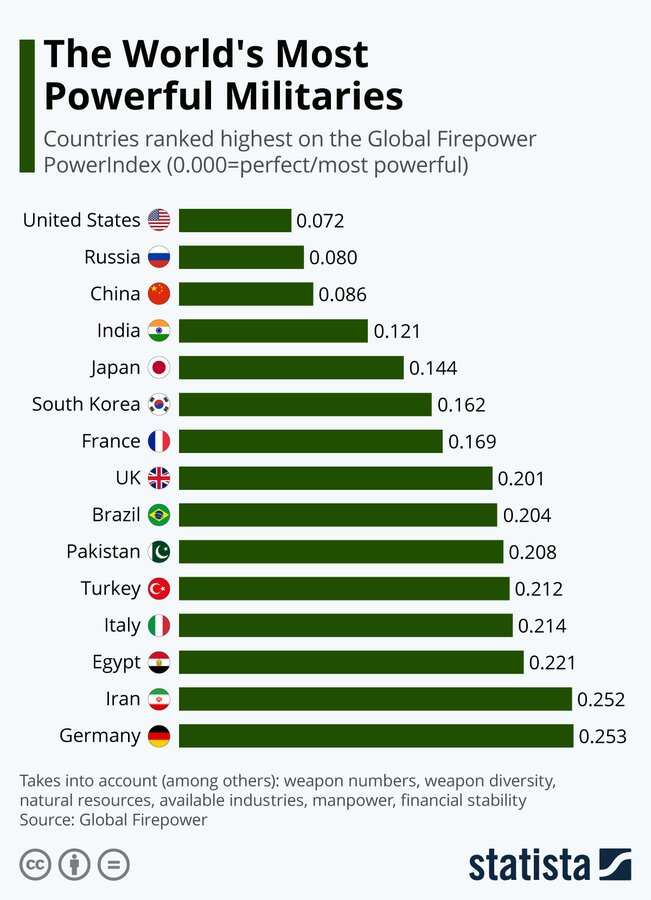 Legit.ng notes that apart from Egypt, no other African country makes it to the top 15 list.

Meanwhile, when it comes to manpower, no military in the world comes close to that of China. An earlier report by Legit.ng indicates that China has 2.19 million active military personnel, according to Global Firepower estimates.

The country on the second spot is India, with 1.45 million active military personnel.

In 2019, the Nigerian Armed Forces was rated as the fourth most powerful military in the African continent.

According to the list of military rankings released by Global Firepower, the Nigerian military rated 0.7007 on its Power Index score to be positioned behind Egypt, Algeria and South Africa, Africa’s top three militaries.

Based on the Power Index score, Nigeria was also ranked as the 44th most powerful military in the world for the year 2019.

In other news, many Nigerians on Friday, January 15, took to Twitter to honour frontline troops who are making sacrifices for the country and engaging criminal elements across the country. 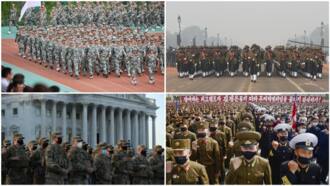 The country marked the 2021 Armed Forces Remembrance Day, a day set aside to honour the memory of troops who paid the ultimate sacrifice in the line of duty.

Comments monitored on Twitter by Legit.ng show that the significance of the day is not lost on Nigerians and they have used the opportunity to pay their respects to the fallen heroes.