– The agency revealed those behind the fraudulent recruitment scheme

– Wilson Uwujaren, EFCC’s spokesperson disclosed what the commission is doing about the incident

The Economic and Financial Crimes Commission (EFCC) has disowned claims that it is currently recruiting.

The commission warned members of the public not to fall for the fake EFCC recruitment form circulating on social media, The Sun reported.

The spokesperson for the EFCC, Wilson Uwujaren in a statement said fraudsters bent on extorting members of the public were behind the fake recruitment scheme.

“Scammers bent on defrauding hapless job seekers, have been active in the social media, providing link for unsuspecting members of the public seeking employment into the EFCC, to obtain, “EFCC Recruitment Form 2021/2022 and Guidelines Form and apply for the ongoing EFCC recruitment 2021.” 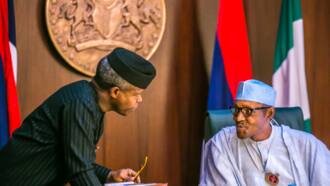 He disclosed that the scammers were also circulating forged EFCC offer of employment letters.

The spokesperson said the commission is tracking the suspects responsible for the fake schemes.

In another news, EFCC has announced the arrest of 10 people suspected to be internet fraudsters popularly known as “Yahoo Yahoo.”

EFCC made this disclosure on Monday, January 11, through its Twitter page, saying the suspected fraudsters were nabbed in Lagos state.

The commission further revealed that they were nabbed following a credible intelligence report around the Alagbado axis of the southwest state.

The EFCC gave the warning on Thursday, January 7, through its spokesperson, Wilson Uwujaren, The Guardian reported.

The commission warned that people who sell their NIN could find themselves in trouble for criminal acts linked to their identity number. 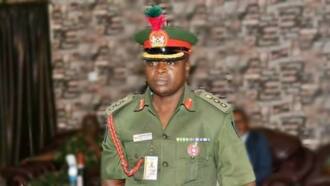 BREAKING: NYSC releases postings for 2020 B II as DG tells corps members what to do

The agency asked members of the public to report anyone seeking to buy their NIN to the nearest office of the EFCC or other law enforcement agencies.