– It is a sad day in Kano as Abacha’s younger sister, Hajiya Fanta Mohammed, died at the age of 75

– Hajiya Fanta reportedly died at an Abuja hospital after a brief illness and will be buried on Sunday, January 17

Hajiya Fanta Mohammed, the younger sister of Nigeria’s late Head of State, Sani Abacha, has died at the age of 75.

Daily Nigerian reports that she died after a brief illness at an Abuja hospital.

The online news outfit cited family sources as saying she would be buried in Kano on Sunday, January 17. 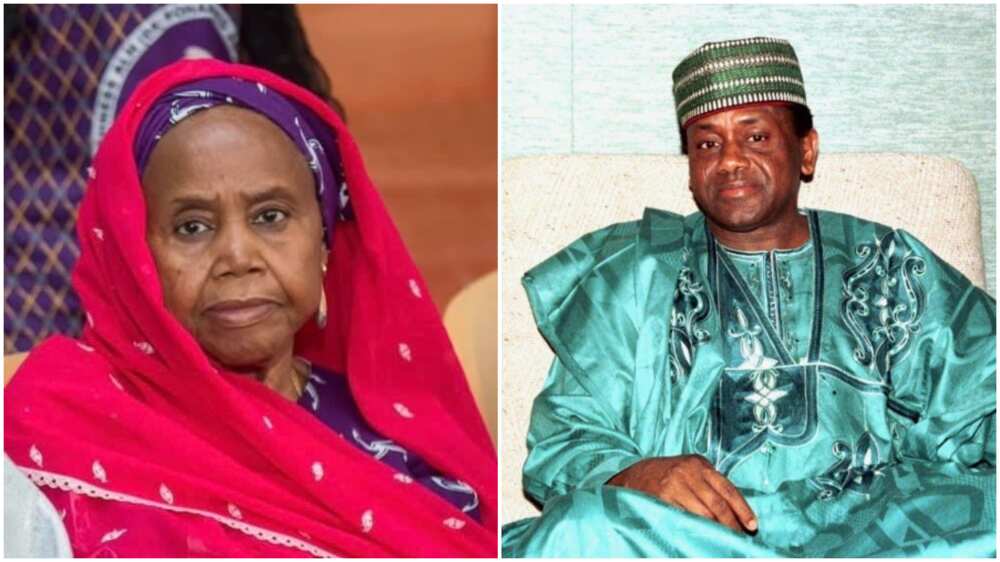 The deceased was reportedly the mother of Basheer Mohammed, the current federal commissioner, National Commission for Refugees, Migrants and Internally Displaced Persons.

President Buhari reacts to death of Sultan of Sokoto’s brother

President Muhammadu Buhari has also reportedly expressed condolences over her passage, describing her as a compassionate woman who cared for the less-privileged.

The president’s condolence message was contained in a statement issued in Abuja on Saturday, January 16, by senior media aide, Garba Shehu.

The statement further indicates that President Buhari sympathized with the Abacha family, Mohammed and his siblings as well as the people of Kano state.

He prayed that Allah will console all those who mourn and grant Hajiya Fanta Aljannatul Firdaus.

In another related report, President Buhari has said he is shocked over the death of Alhaji Abdulkadir Jeli Abubakar.

The deceased was the younger brother of the Sultan of Sokoto, Alhaji Sa’ad Abubakar III. Shehu, said Buhari conveyed his feelings in a condolence message to the Sultan on Friday, January 15.

The president also condoled with the family of the deceased as well as Governor Aminu Tambuwal of Sokoto state for losing someone dear to all of them.