– According to the lawyer, Nigerian military under the President Muhammadu Buhari administration has recorded huge successes against terrorists

A human rights lawyer and security expert, Philip Agbese, has said that the efforts put into the fight against insurgency and criminality in Nigeria by the service chiefs are commendable.

The London-trained lawyer said Nigeria has indeed made substantial progress in the prosecution of the war against insurgency in the country and contributed immensely to the global war against terrorism.

In a statement signed by the lawyer and seen by Legit.ng, the lawyer said the 2021 Armed Forces Remembrance Day is indeed a time to reflect on the sacrifices made by Nigerian soldiers in preserving the nation’s territorial integrity.

Agbese said there is no doubt that the Boko Haram insurgency has indeed brought to limelight the invaluable role played by the soldiers in keeping Nigeria safe and secured for all. 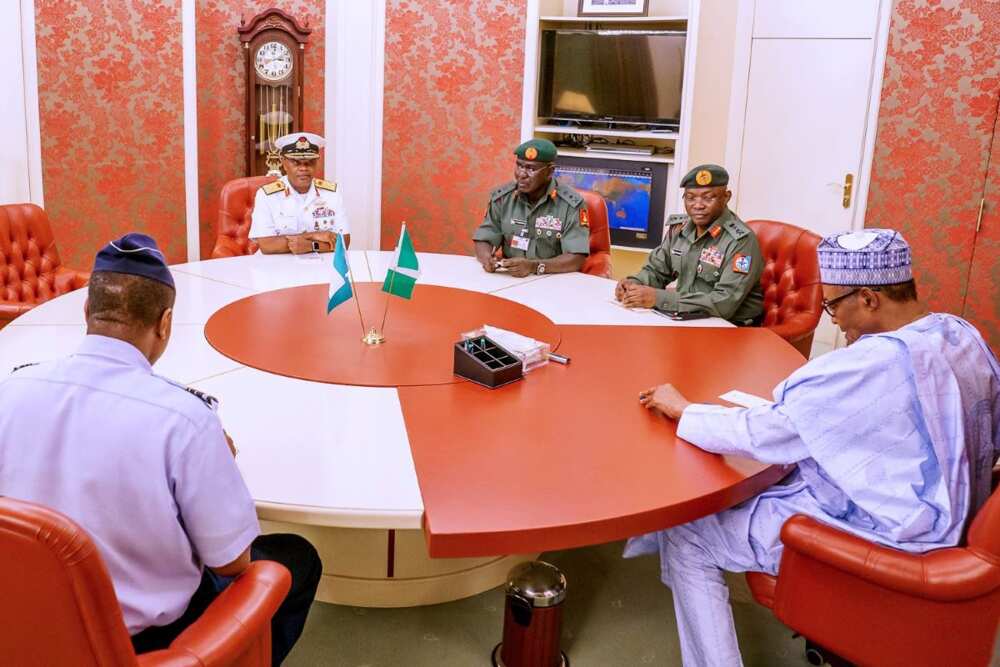 He also said that there is a turnaround in the fortunes of the country is not by accident, but rather a function of sound leadership provided and the Nigerian Army under Lieutenant General Tukur Buratai.

Meanwhile, Legit.ng previously reported that the director of defence information, Major General John Enenche, had said that Boko Haram insurgents have been decimated.

Enenche while highlighting the gains of the operations against terrorists in the northeast by the Nigerian military said huge successes have been recorded.

In other news, a religious group, the National Interfaith and Religious Organisations for Peace in its 2021 prophecy said all sponsors of Boko Haram activities will be exposed.

The group led by its president, Bishop Sunday Garuba, said President Buhari will enjoy good health throughout the year.