Napoli who are among top Italian giants have confirmed that Victor Osimhen has tested positive again for COVID-19 for the third time which is not a good news for the Super Eagles striker.

The Nigerian star traveled to Lagos in December 2020 where he celebrated his 22nd birthday in an open party with friends and contracted Coranavirus.

Upon his return back to Italy, the former Lille striker was tested and the result was positive for COVID-19 in which Napoli chiefs were angry with the video of the party they saw.

Victor Osimhen was then ordered to go on self-isolation before another test was conducted for him after ten days which also came back positive.

The hope of all his fans and Nigerians was that the third test would come out negative, but to the disappointment of many, Napoli confirmed that the striker is still having the virus.

Napoli added in their official communication that another test will still be done for Victor in the coming days.

”The molecular nasopharyngeal swab carried out this morning to the footballer Victor Osimhen, resulted in a positive result in Covid-19. The player will repeat the test in the next few days.”

Meanwhile, Napoli are currently occupying sixth position on the Serie A table with 31 points after 16 games played and the club will face Fiorentina in next tie. 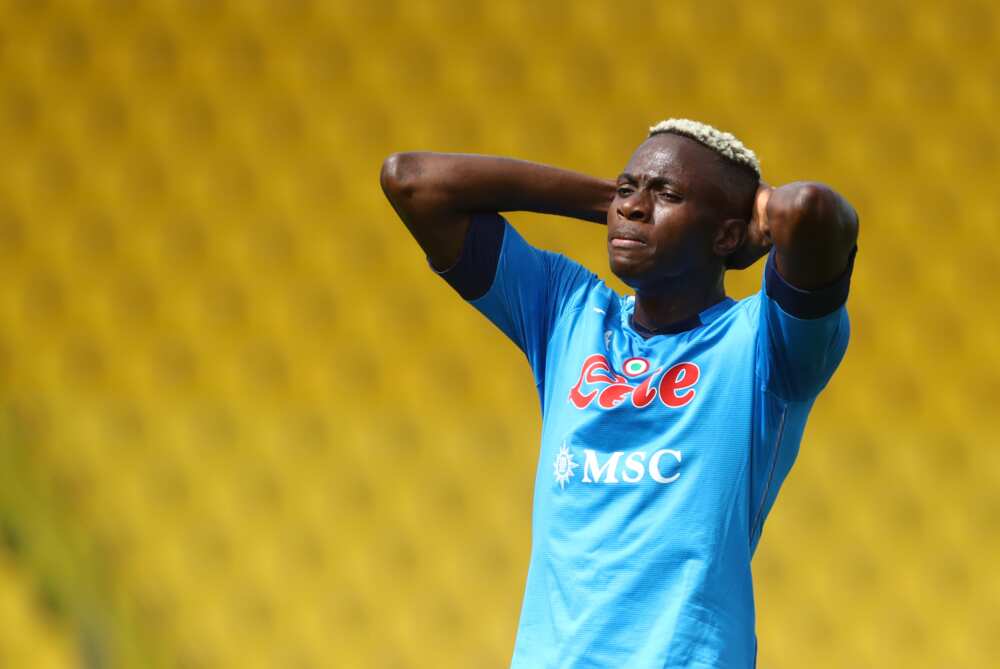 Earlier, Legit.ng had reported how Nigerian forward Victor Osimhen is today Africa’s most expensive footballer following his move to Italian League side Napoli in the summer of 2020.

The 22-year-old was a standout performer during the FIFA U17 World Cup in 2015 after scoring record 10 goals to help the Golden Eaglets win their fifth title in Chile. He quickly became the toast of every club with Arsenal among the top clubs looking to secure his services, but the youngster decided to move to Germany afterward.

The attacker has also spent time in Belgium and France before becoming the most expensive African star with his move to Italy.