– According to the octogenarian, it was agreed at a meeting in 1903 that Obas in Lagos should not wear crowns

An octogenarian and grandson of the eighth Obanikoro of Lagos, Engineer Layiwola Ajayi-Bembe, has given a deeper insight into the history of Lagos and its relationship with Benin.

Layiwola also said that Obas in Lagos were historically referred to as ‘Elekos’ and did not wear crowns.

Speaking with Legit.ng‘s correspondent, Adeoye Adewunmi, in an exclusive telephone interview, Layiwola, who is the chairman of County and City Bricks, disabused the minds of people who believe that Lagos is ‘no man’s land’.

Ajayi-Bembe explained that the decision of the Obas in Lagos not to wear crowns was resolved at a royal meeting held in 1903. 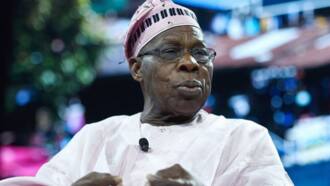 He further explained that Lagos belongs to the Bini (Benin) and not the Yorubas as it is misconstrued, adding that there are still relics of Benin all over Isale Eko.

“My grandfather was at a royal meeting in 1903 when there was a dispute of which traditional rulers should wear crowns.

“Ooni of Ife had to come all the way from Ife to Lagos upon the invitation of Governor (John Hawley) Glover.

“And the question they asked him (Ooni) was: ‘Who are the Obas that should wear crowns?’ He mentioned them – Lagos was not part of the list. We don’t wear crowns in Lagos.

“Lagos is Bini, not only because we came from Benin. There are signs and relics of Benin all over Isale Eko. 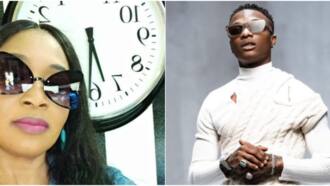 Kemi Olunloyo says Wizkid is the only real Nigerian billionaire

The Ife monarch shared the good news on his official Instagram page on Wednesday, November 18, the same morning his wife put to birth.

According to the Oba, his queen and his baby boy are doing well.