– Robert Kyagulanyi Ssentamu, aka Bobi Wine, wants to take over the Ugandan presidency from President Museveni

– With Ugandans and other Africans waiting for the result of the election, Legit.ng recalls what the Ugandan revolutionary said about his political ambition when he visited Nigeria

– The Ugandan activist also spoke on what he feels about Nigeria

As Ugandans and other Africans expect the results to be announced, Legit.ng recalls what the revolutionary politician, Bobi Wine, said in October 2019 when he visited Nigeria for Felabration, an annual celebration of Fela Kuti, the late revolutionary and music icon.

Addressing the audience at the event, Bobi Wine said his music and concerts, public appearances were banned in Uganda because he is using his music to “communicate to the brains of the people.”

Bishop Kukah: This is our position – Northern Elders react to Garba Shehu’s statement 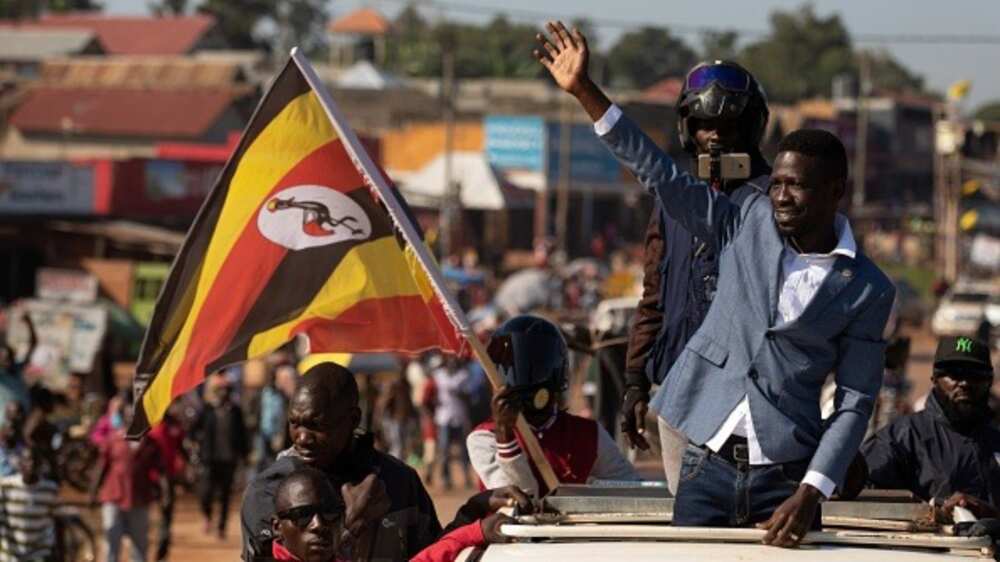 Bobi Wine during a rally for his supporters before the presidential election.
Photo credit: Getty Images
Source: Getty Images

The activist said President Museveni told him not to mix politics with music.

What he likes about Nigeria/Nigerians

Asked what likes about Nigeria, the Bobi Wine said Nigeria feels like home to him. He said likes Nigerians because they are assertive, uncompromising, and confident.

“They make me feel so proud of being an African.”

Asked for his perspective on the way the Nigerian government is treating Omoyele Sowore, a Nigerian activist and former presidential candidate, Bobi Wine said:

“Much as Nigeria is a success story, by Uganda’s standard, Nigeria is certainly not where it wants to be.

“So the pursuit of freedom is unrelenting, we keep going. Our souls and spirits are with the people in Nigeria who keep trying to hold the authorities to account.”

The activist said leaders should lead in the interest of the people, adding that citizens should not be shut down. 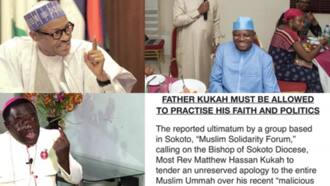 Bobi Wine expressed confidence that he was going to be the next president of Uganda. He, however, said that his presidential ambition is not the most important thing.

He said what is important is to “infect” Africans with the (revolutionary) mentality.

“I did not think like this. It is Fela that infected me with this (revolutionary) mentality and it is my responsibility to infect as many as African people as possible with this mentality so that all of us believe that we can.”

Meanwhile, the election results released so far by the Ugandan Electoral Commission, national tally centre indicate that the incumbent President Museveni is maintaining an early lead over his main challenger, Bobi Wine.

According to BBC, 23.9% of all polling stations, show President Museveni is leading with over 65% in the presidential poll.

What do they want to do to him? CAN kicks as Muslim group asks Kukah to “leave”