– The actress noted that there is a lot happening online and as such, they should occasionally log off

Celebrated Nollywood actress Omotola Jalade-Ekeinde recently took to her page on Twitter with some words of advice for her fans and followers.

The movie star in her tweet submitted that there is a lot of pressure on social media nowadays and as such people should always find time to log off. 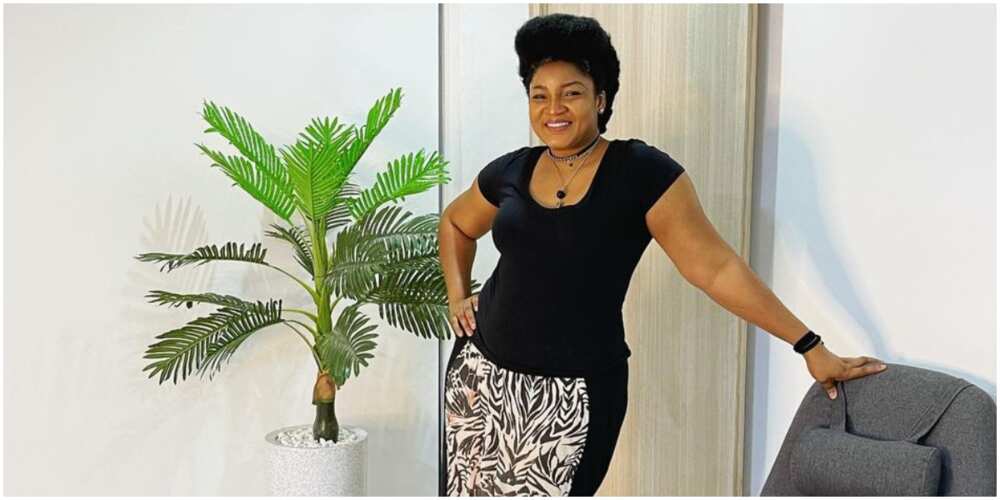 According to the actress, the time spent away from social media should be spent having real-life connections with those around them.

“In this age and time of intense pressure especially From Social media. Find the time to Log off. Have REAL life connections.” Omotola in a different portion of her tweet stressed the importance of not getting swayed by the lies on social media.

She urged people to stay calm and be patient with themselves.

A fan who could relate with Omotola’s tweet had this to say:

“A friend of mine called me this night and said the same thing Ma. Exposure to so much negativity has affected us badly. It’s time we log off social media and rest.”

“Honestly, ma’am, it’s crazy on there, the pressure is too much but again when you know your only hope of making a breakthrough is on socials .. we just gotta what we gotta do.. I pray God preserve and help us all… Ain’t easy at all, and it never was.” Rapper Lil Kesh shares how he broke free from depression, encourages others

@JoshuaNseJohn thanked the movie star for her words.

Here’s what another fan who agreed with the actress tweeted:

Meanwhile, Legit.ng previously reported that the actress responded to a Twitter user who pointed out that Elon Musk became successful despite being an atheist.

Omotola stated that one can be the richest in the world and be unhappy. According to the Nollywood diva, money will never be enough.

Omotola Jalade vs Genevieve Nnaji: who is a better actress? | Legit TV