– Michael B. Jordan and Lori Harvey only recently made their relationship official on Instagram but the stunning couple are looking serious

The internet has not fully recovered from the news of Michael B. Jordan and Lori Harvey officially confirming their relationship on Instagram but there is already a development in the story.

Jordan took to social media to wish his stunning girlfriend a happy birthday and uploaded a video which showed them being a typical couple in a snowy location.

The video shows both Jordan and Harvey wrapped up in winter coats and boots to keep warm but the sparks flying between them seem hot enough to have done that. 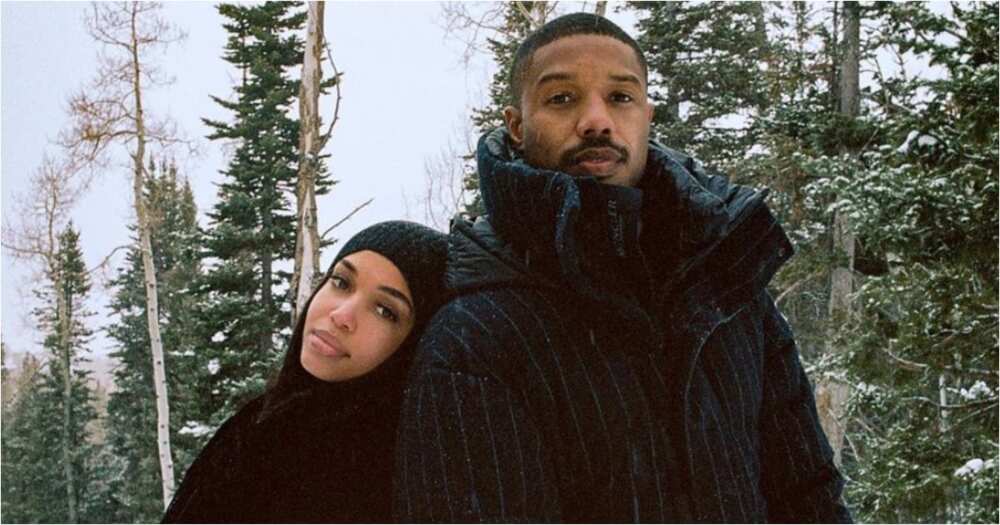 The lovebirds then begin playfully throwing snow at each other and giggling all the way through. Michael seems besotted with his bae and cannot tear his eyes away from her.

The footage then shows Harvey mockingly tackle Jordan to the ground and they both collapse into the snow.

Michael posted the video to social media with a short caption accompanied by a tortoise emoji. Lori, TV host Steve Harvey’s daughter, commented on the birthday post and wrote:

Fans are very invested in the relationship and are eagerly awaiting the next update from the celebrity lovebirds.

Legit.ng recently reported on the couple making their relationship Instagram official and the internet collectively went crazy about the actor being off the market.

The Hollywood star shared two snaps of himself and Steve Harvey’s gorgeous daughter on his official Instagram account – for the first time.

The US actor and the stunner were previously photographed together during the holiday season. They were also spotted stepping off a plane together in Salt Lake City on December 30.

Social media users have shared mixed opinions on their relationship. Check out some of the comments from tweeps below:

@DCtheBruin said: “OMG. That’s the prettiest couple ever. Too much.”

Most Nigerians dream of spending their next birthday abroad | Legit TV