– According to the lady identified as @GirlNamedMarley, she attracts rich, adventurous, lustful, or sophisticated men at different times

While men go after some type of ladies based on attributes or qualities, a young lady has confirmed that it is possible for different kinds of men to be attracted to one woman for different reasons.

People recently got talking and sharing experiences on Twitter after the lady identified as @GirlNamedMarley revealed that she does not attract just one particular type of man. @GirlNamedMarley stated that when she added wight, she had lustful men running after her, while a thin version of her attracted rich men. 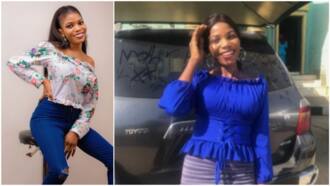 Nigerian lady says man pays for only his food, shuns her after she brought 2 friends to their date (see reactions)

The young lady further said that her shaved hair had wild and adventurous men longing for her while a long and straight hair attracted sophisticated and classy men.

@GirlNamedMarley also noted that being a woman is quite an experience.

“All black girls know you attract different kinds of men based on hairstyle.”

“As a thin long-haired woman I agree…I attract sophisticated, rich men and I love it here.”

“This is why I don’t understand how a woman can keep the same exact hairstyle her whole life.” 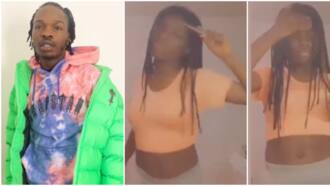 Meanwhile, Legit.ng earlier reported that popular Kenyan businesswoman and socialite, Huddah Monroe, explained that every woman has needs that need to be met.

Huddah went on to advise men to stick with the people they can afford to take care of instead of calling people names.

“No woman is a gold digger. Every woman even Queen Elizabeth has needs. Find the one in your price range and stick to her! Stop calling people names.”