– Graziano Pelle is ready to leave the single guys association

Former Southampton striker Graziano Pelle stunned his girlfriend after proposing to her in the United Arab Emirates.

The 35-year-old who is reportedly wanted by Premier League side West Ham United didn’t just ask Viktoria Varga to marry him, he took her to a helicopter pad in Dubai before dropping on one knee to pop the question.

He pulled out the ring box and Viktoria – in a beautiful pale dress – said yes as the happy couple embraced and kissed.

Both of them posed for pictures with a sunset background and a wide range of views all around them afterwards. Afterwards, they enjoyed a glass of champagne on the helipad. 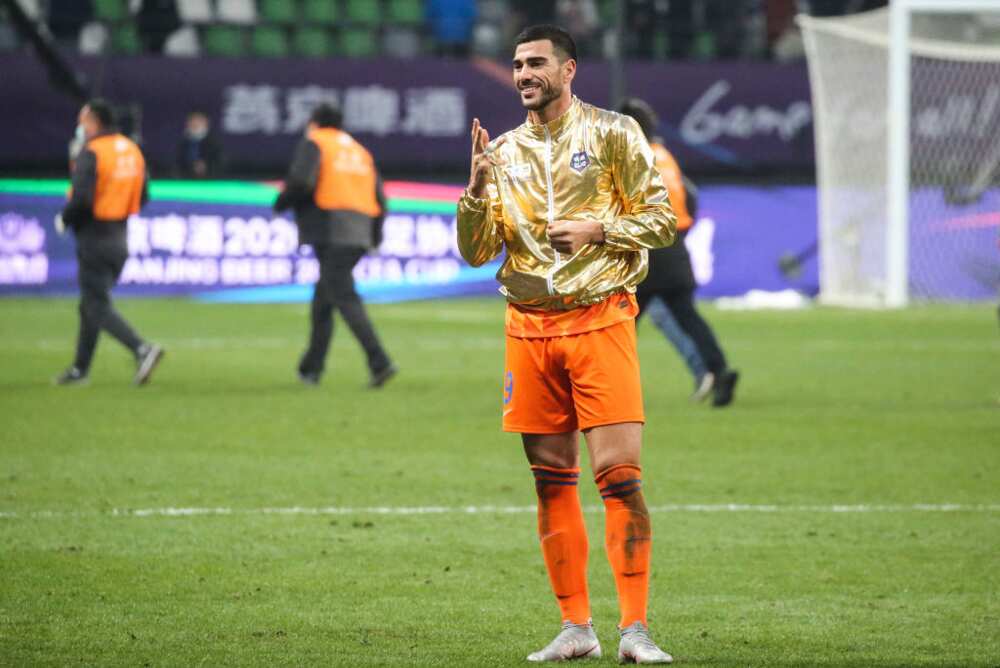 The runway model went ahead to share the development with her over 520,000 Instagram followers this week. She wrote on her social media page:

“I want to thank @gpelle19_official for the best proposal and most gorgeous ring I could have ever imagined.

“You did such a great job at planning everything… I still can’t believe you managed to include our entire family and friends. It was just perfect.

“I’m looking forward to this adventure and all the ones that are still yet to come. I love you so much, my life!”

Pelle left Chinese Super League side Shandong Luneng Taishan this month when his contract expired and he has been linked with a move back to the Premier League with David Moyes reportedly eyeing a move for him as reported by SunSport.

Legit.ng earlier reported that Nathan Ake crowned his potential move to Man City as he proposes to his girlfriend Kaylee Ramman during their summer holiday.

The 25-year-old has agreed a £41million move from already relegated Bournemouth to the former Premier League champions City.

Pep Guardiola has been a huge admirer of the Netherlands international and quickly secured his services shortly after the close of the 2019-20 campaign.