– The actress and billionaire wife also showed off her new tattoo which is her mother’s name, Rita Daniels

Popular Nollywood actress, Regina Daniels, has added yet another tattoo to the growing number of artworks on her body and this time, she honoured her beloved mother.

Recall Legit.ng reported news of how Rita Daniels celebrated her birthday on January 12, 2021, and she decided to share the joyous news and celebrate on Instagram.

Well, in a new Instagram post, Regina shared a series of photos in which she sported only towels – one wrapper around her and another for her hair. 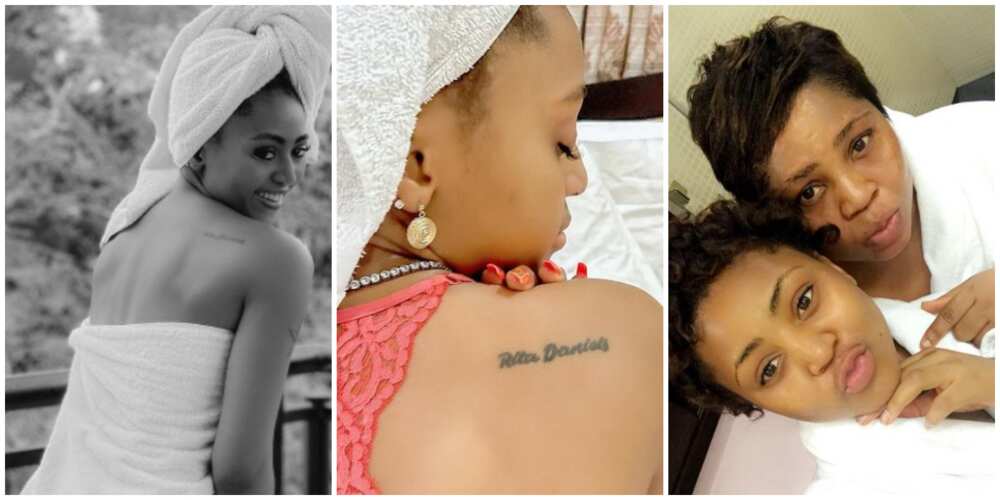 Posting for the camera, the billionaire wife flaunted a new tattoo at her back which is in form of her mother’s name, Rita Daniels.

Sharing the photos, she captioned:

“A new day is always a new beginning for me to take another step forward in life.”

Meanwhile, Rita Daniels, was recently left emotional after Regina Daniels surprised her with a grand gift for her birthday.

In a recent Instagram post, Regina who is a Nollywood sweetheart and billionaire wife posted a photo of a brand new Toyota Prado – reportedly worth N15 million – she got for her mother.

In other news, Achieving a great feat such as building one’s first home is often considered a good thing, for Peace Onuoha, it is a mix of bitter-sweet emotions having recently lost her father. 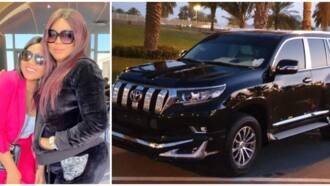 The Nollywood actress recently took to social media to share a photo of her new home which she revealed was completed before her father passed away.