– There results were released by the council in Minna, Niger state capital on Wednesday, January 13

– Also, NECO’s registrar, Professor Godswill Obioma, said candidates did better than what was recorded in 2019

Giving the announcement at the council’s headquarters in Niger state capital, Minna, the registrar, Professor Godswill Obioma, revealed that there was a two percent increase of candidates that made five credits in the examination.

Moreover, Obioma disclosed that NECO has derecognised 12 schools for malpractice and massive cheating during the conduct of the examination. 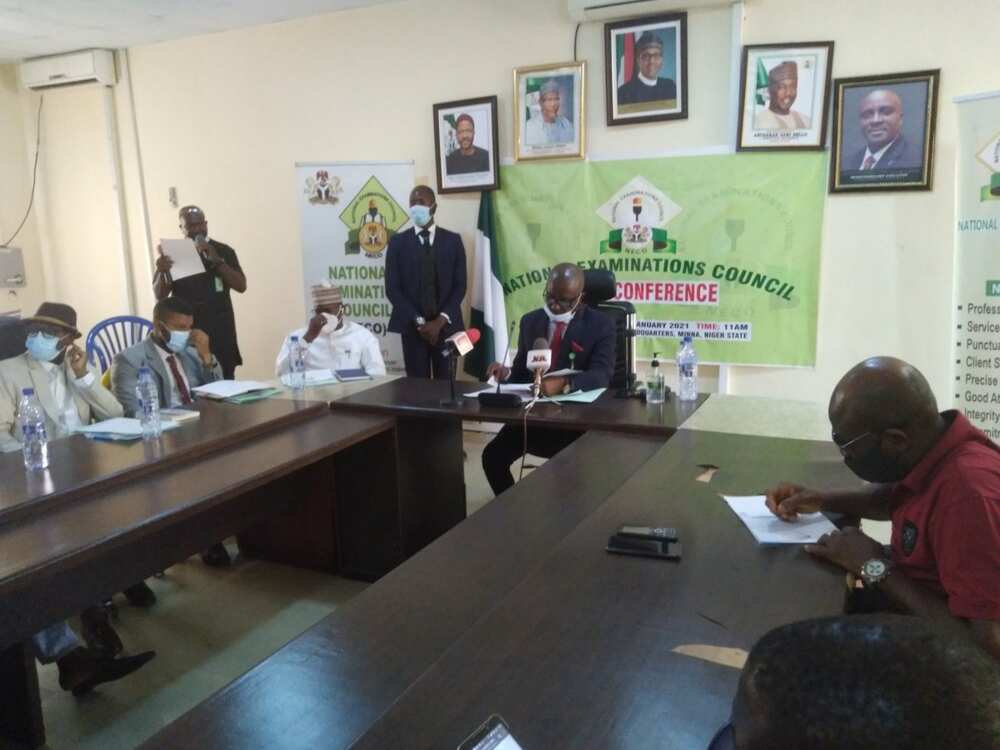 NECO revealed that there was a two percent increase of candidates that made five credits
(Photo: @OfficilaNecoNG)
Source: Twitter

He further revealed that the affected schools are in states like Adamawa, Kaduna, Kastina, Niger, Taraba, and the Federal Capital Territory (FCT).

Meanwhile, NECO had said that some papers that were missing during the just concluded exams would hold in February 2021.

Some NECO papers were postponed amid the EndSARS protests as students in Lagos, Bayelsa, Rivers, and Edo, among other states, were reportedly prevented from writing their exams.

This was revealed in a statement by Obioma, on Tuesday, December 8.

According to Obioma, the missed papers including Chemistry Paper 1, Commerce paper II and III, Economics and Technical drawing would be taken by candidates during the SSCE to be held between February 1 and March 3, 2021.

However, the long postponement of the papers till 2021 has left school owners, parents, and students confused.

While parents have condemned the postponement of the papers, some educational professionals have noted that the decision would have both negative and psychological effects on the candidates.

Olawale Amusa, the Lagos state chairman, National Association of Proprietors of Private Schools, explained that the development was not a good decision by the exam council as it would affect the processing of admission.