– The commercial bus owners have refused to convey passengers, forcing many of them to turn to the option of trekking

Lagosians will have to deal with the strenuous option of trekking long distances as commercial drivers in the state have protested against what they described as high levies and outright extortion from the Lagos state task force.

The protest which was hot in the Agege-Ogba-Berger axis of the state left many passengers stranded in the area on Wednesday, January 13, while others were forced to get to their destination by foot, Punch reports.

This has caused serious gridlock along expressways in the axis with some drivers even attacking their colleagues who tried to convey passengers.

We were misled, protesters confess, apologise to Senator Uba Sani 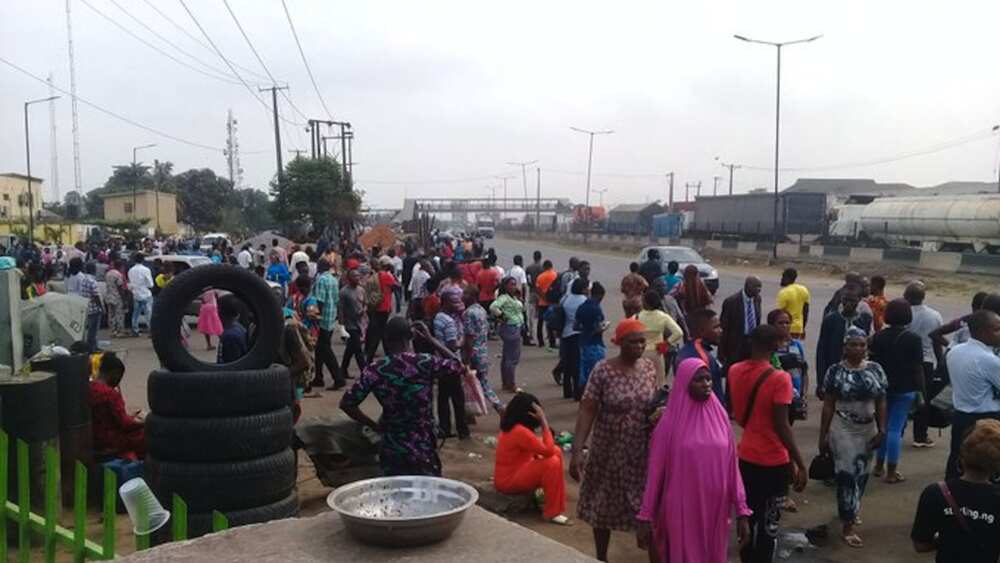 A lot of passengers in the area were forced to trek to their destinations
(Photo: The Guardian)
Source: UGC

Moreover, the drivers, having barricaded major roads, were seen with weapons in readiness to attack officials intending to arrest them.

Meanwhile, Nigeria’s minister of transportation, Rotimi Amaechi, had said the train ride from Lagos Ibadan which is starting soon will cost between N3,000 and N6,000.

The minister stated that the train service would begin operations by January 2021.

Speaking in Abuja during the inauguration of the Governing Council of the Chartered Institute of Transport Administration of Nigeria (CIOTA), on Friday, December 4, Amaechi said he received the mandate of President Muhammadu Buhari to inaugurate the rail project in January 2021.

“Today I approved the charges on passengers from Lagos to Ibadan. We just transfer how we charged from Abuja to Kaduna.