Manchester United and Everton legend Phil Neville could be announced as manager of MLS side Inter Miami in the next two days.

Neville who handled the England women’s team for nearly three years is set to bring his experience to the David Beckham-owned Miami outfit.

The former defender lend the English ladies to the semi finals of the Women’s World Cup in 2019 and won the SheBelieves Cup during his spell. 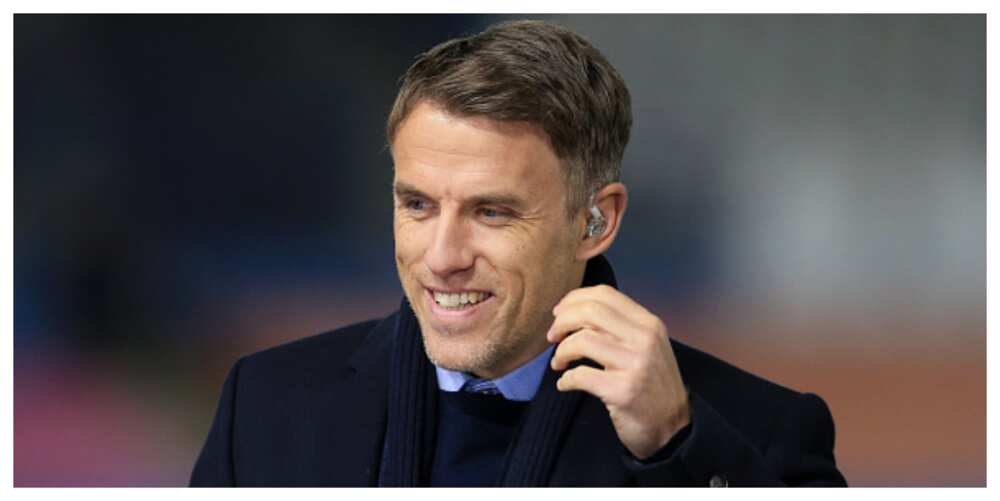 Neville is set to work with his former United teammate Beckham after parting ways with former Uruguayan boss Diego Alonso after poor strings of results.

The 43-year-old former England international is understood to be desperate to handle a men’s team since breaking into the coaching scene with the Lionesses of England.

“Phil wants to get started.

“This is a great opportunity for him. He’s buzzing.”

Neville is set to replace Alonso after he ditched Team GB for the upcoming summer Olympics in Toyko in the summer of 2021.

Neville also have the opportunity to work with former Juventus duo Gonzalo Higuain and Blaise Matuidi when he is officially named manager of the club.

On the other hand, Beckham arrived in Florida to confirm the appointment of his former Red Devils teammate Neville.

The new MLS season is set to start in March 2021, as Neville is in line to earn a new managerial appointment.

Meanwhile, Legit.ng had earlier reported that Paul Pogba has sent a note of warning to Man United rivals Liverpool ahead of their top-of-the-table clash at the weekend.

The French midfielder scored United’s winner against Burnley at Turf Moor and he is ready for the big moment when they meet the Reds at Anfield.

The Reds Devils topped the Premier League after New Year for the first time since they won the title under Alex Ferguson in 2013.