– The elephant made adorable noises while complaining, and this has got netizens talking

An adorable video of an elephant has gone viral on social media in which the animal could be seen complaining to her mahout that people were taking her pictures.

The elephant is identified as Andal from Sri Ranganathaswamy temple, Srirangam in Tiruchirappalli, Tamil Nadu, India.

In the video that was shared on Twitter by @Gannuuprem, the elephant could be seen standing in front of a doorway where her mahout sat and hugged her trunk.

As the animal made adorable noises to express her feelings, her mahout tried to convince her. 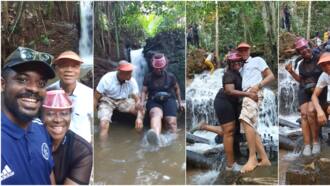 The video of their conversation has gone viral on social media as netizens loved it. 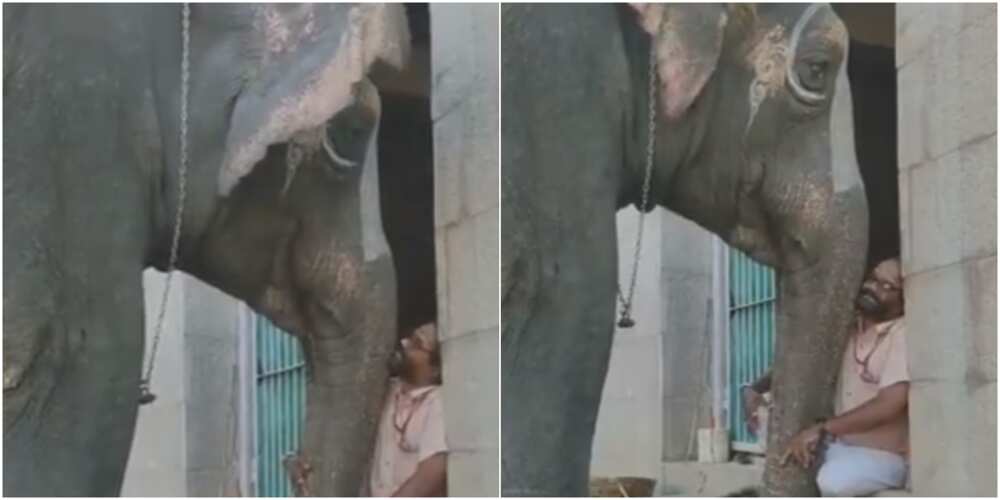 The elephant could be seen complaining to her mahout that people were taking pictures of her.
Photo credit: @Gannuuprem
Source: Twitter

A tweep with the handle @ItsGK007 wrote:

“When you manage to talk to an animal. Yes you have achieved something in your life. Such a beautiful relationship it is. Wish I can also talk to her like this.”

“I talk with my dog like this. And I think she understands me. I also have a cow friend who also listens to me and sometimes puts his head on my lap. Animals are better than humans. I love spending time with them.”

“I really wish if I ever become capable enough to domesticate this beautiful creature then it will be a biggest achievement of my life.. really want this blessing to communicate to an elephant like this.. hats off ..”

In a previous report by Legit.ng, the government of Botswana announced that it would be holding its first major auction for the right to hunt elephants since the ban was lifted in May 2019.

The country, which has the world’s biggest elephant population, is offering seven packages of 10 elephants each.