– The much-needed holiday came after the film star lost her father-in-law and billionaire businessman, Harry Akande

Popular Nigerian actress, Dakore Egbuson and her family are spending the much-needed time together as they recently visited Dubai.

The movie star took to her social media page to share a cute snap of herself with her husband, their two daughters and her mother.

She explained in her caption that they were all together in Dubai. Going by their smiles in the photo, they appeared to be having a swell time together.

This is coming after the demise of the actress’ billionaire father-in-law, Chief Harry Akande.

It was gathered that Harry Ayodele Akande died in the early hours of Saturday, December 5, at the age of 77 after a brief illness.

Legit.ng gathers that Akande was reputed to be one of the richest men in Nigeria. He was the chairman of Akande International Corporation (AIC) and Agba Oye of Ibadanland.

The deceased was also a one-time presidential aspirant on the defunct All Nigeria Peoples Party (ANPP) platform. 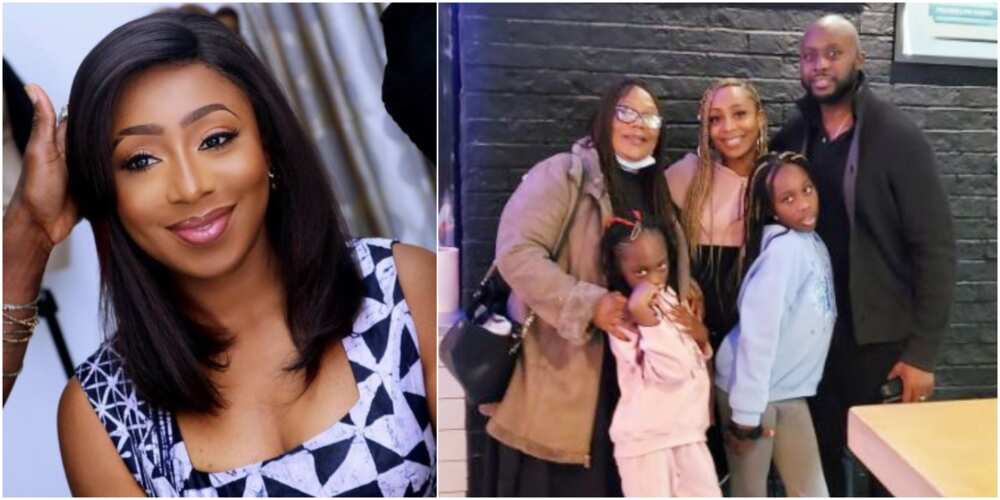 Legit.ng had reported that Dakore was left heartbroken at the news of her father-in-law’s death as she shared a dark post with a broken heart emoji to express her loss.

Dakore has been married to the deceased billionaire’s son Olumide since 2011 and they have two beautiful daughters to show for the union.