– Cristiano Ronaldo remains, arguably, the best player of all-time according to many

– Ronaldo, alongside his partner Georgina, have jewellery estimated to be worth more than £2.6m

Cristiano Ronaldo is one celebrity who, aside football, is well known for his style and class as the legend has reportedly spent over £2.6million just on jewellery.

The Juventus striker and his girlfriend Georgina were special guests at the recent Globe Soccer Awards in Dubai where they flaunted their jewellery.

SunSport are reporting that the Portuguese striker has £600,000 (over N310million) worth of ice all on one hand as he accepted the award for player of the century.

In September 2020, Ronaldo engaged his partner Georgina Roriguez with a staggering engagement ring worth £615,000 (about N320million). 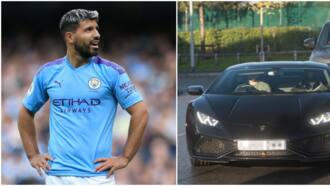 It was gathered that the couple has a jewellery collection of not less than £2.6million (N1.3billion).

In 2018, he was spotted wearing a diamond-encrusted Franck Muller timepiece worth an astonishing £1.2m.

Previously, he had been seen wearing a £100,000 Jacob and Company limited edition H24 on his wrist, which had a total diamond weight of 15.25 carats. 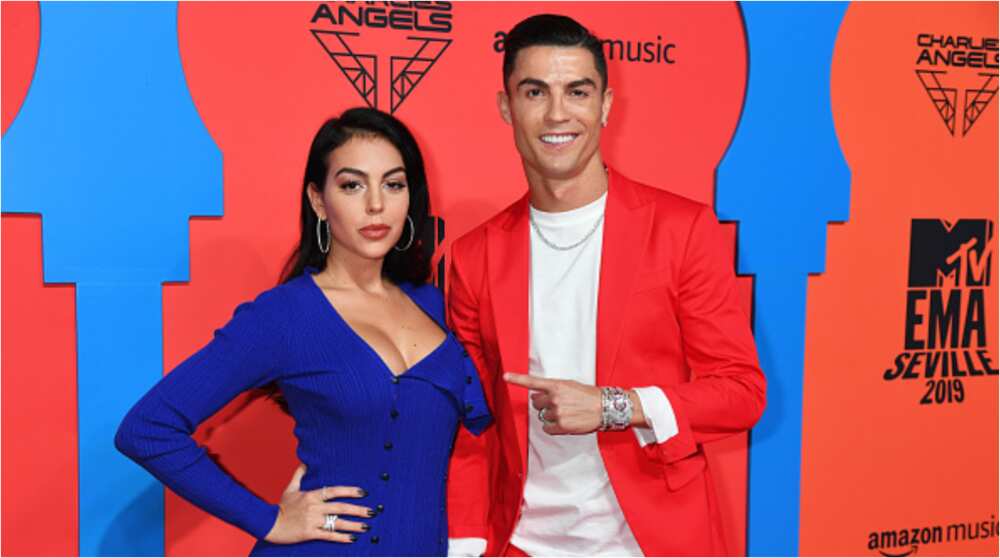 Ronaldo was made a brand ambassador for Jacob and Co back in 2013, when he played for Real Madrid.

In October last year, Georgina was present at the Luis Vuitton fashion show as she stunned the crowd in a logo trench coat and red heels.

The model was immediately spotted after she arrived the venue in Paris as she also made solo appearance at the show.

The 26-year-old flashed the fans with her leggy display when she exited the car as she wore ay coat valued at £4500 before heading into the newly restored La Samaritaine department store. 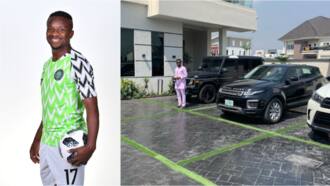 Meanwhile, Legit.ng earlier reported that Cristiano Ronaldo’s mother has denied reports that there is a rift between herself and Georgina Rodriguez as she further described her as a daughter-in-law.

Dolores Aviero is upset with reports alleging that she stopped talking to Georgina and then went ahead to unfollow her on Instagram.

She rubbished the claims saying she maintains a cordial relationship with the model despite several reports from Portugal.

Ronaldo’s mum praised Georgina for her dislike for controversy as well as her good nature, saying such news was not true.