Following the call by the Muslim Rights Concern on President Muhammadu Buhari to place a travel ban on Donald Trump of the United States of America over the invasion of the capitol by his followers, Nigerians have taken to the social media to lambast MURIC over its statement.

The director of the group, Prof. Ishaq Akintola, had called on the Buhari administration to condemn the US president because Africa’s voice must be heard over the issue.

In reactions, Nigerians on social media mocked him for venturing into a matter beyond his scope.

Speaking on the latest development, @Donesso, a Twitter user said MURIC’s statement is misplaced given the fact that the group had never influenced any policy.

“It’s not as if it’s wrong for Govt to listen to advise from a group in making of enacting a policy but pls mention some occasions where MURIC influenced Govt decisions and how MURIC members have benefited from this administration.” Nigeria is the last country Trump will want to seek asylum, the country is as bad as hell fire, MURIC should focus on how over 150 million can be lifted out of poverty, misplaced priority.

@EjaOsun on his part wrote:

“Lol. This MURIC group. Interesting how they want Trump and associates banned from Nigeria, from people who are not interested in even creating 1% Wealth. Can we just focus on the growth of this nation and mind our business.”

“If you are a Muslim and you aren’t ashamed of MURIC, you are part of the problem.”

“MURIC should be calling for the ICC arrest of Buhari and not the misplaced call of Travel ban on Trump who will never visit Nigeria. Not Even in his DREAM!” 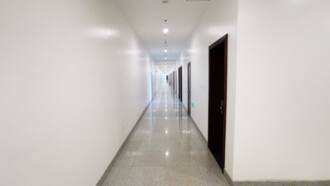 Meanwhile, Legit.ng had also reported that Trump claimed that there is a conspiracy to keep him and his supporters silent in the face of their unproven allegations of voter fraud in the 2020 US election.