– Armed herdsmen have killed a farmer in Osun state

– Herdmen attacks continue to be a menace across the country

A report by Vanguard indicates that some herdsmen on Tuesday, January 12 killed a farmer identified as Ridwan after a herd of cattle destroyed the deceased’s farm.

According to the report, Ridwan popularly referred to as Rado of Eesa’s compound in Ijabe, Odo-Otin local government area of Osun state was attacked on his farm at Boole village via Ijabe.

A resident of the community, Oluwole Segun disclosed that the herdsmen reared cattle in the area and destroyed the deceased’s farm, a situation that led to an altercation between him and one of the herdsmen. 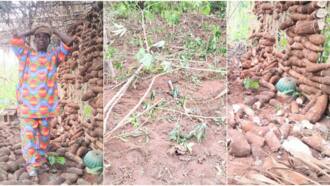 Recall that General Kunle Togun (rtd), a former boss of the Directorate of Military Intelligence (DMI) and current chairman, Oyo state Amotekun (Security Network) corps, has revealed that foreign herdsmen are planning to overrun the southwest region of Nigeria.

The former chief spy of the Nigerian military made the comment in an interview published on Saturday, January 2.

In a related development, the national chairman of the Arewa Consultative Forum (ACF), Audu Ogbeh, has revealed what happens after captives are rescued from the clutch of terrorists and bandits following payment of ransoms.

Ogbeh, a former minister of agriculture, said that with information available to the ACF, the criminals divert the ransom money into the purchase of arms.

Meanwhile, the Chief of Army Staff, Lt.-Gen. Tukur Buratai, has vowed that the Nigerian army will shame and disgrace criminal groups in Nigeria in the year 2021. 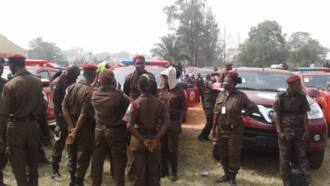