Despite the tears and deaths, he dished out to Nigerians, Abubakar Shekau, needs prayers from Nigerians – Muslims and Christians.

The was revealed by Desmond Yunana, a reverend of Anglican Church Nigeria based in Borno state, The Cable reports.

According to him, the Boko Haram leader is critically ill and wants prayer from Nigerians. 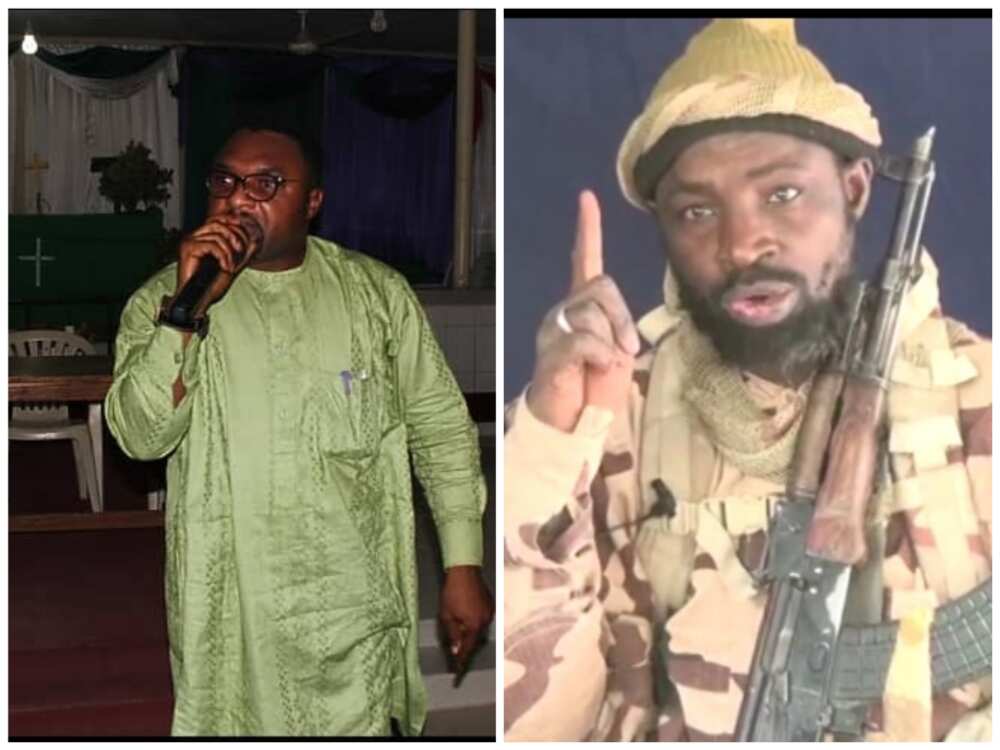 He disclosed this while delivering a sermon in church on Sunday, January 10. He said he had a “revelation” that the Boko Haram leader’s health condition is very bad.

Going further, the cleric insisted that Shekau is ready to ask for forgiveness.

Meanwhile, Nigerians have quickly reacted to the development with many people dismissing it.

“What about his followers, are they also asking for prayers too? Una think say wey no sabi say una wan distract us, waka!”

Meanwhile, Legit.ng had previously reported that Geidam town in Yobe state was attacked by men suspected to be Boko Haram members with the community’s district head whisked away by the insurgents.

It was reported that the Boko Haram terrorists invaded the community on Wednesday, January 6, and started shooting sporadically, causing pandemonium.

A witness told the publication that shops and stores in the town were broken into with food items and other provisions stocked looted before they were set ablaze.

In another report, the All Progressives Congress alleged that a Nigerian governor from a northwest state is behind the attacks by bandits in the region.

The spokesperson for the party, Yekini Nabena made the accusation in a statement on Thursday, December 17, in Abuja.

He claimed that intelligence reports had linked the governor to the heightened cases of banditry, kidnappings, and other violent crimes.