Kazuyoshi Miura who clocks 54 on February 26, which is 24 hours before the J-League starts, has signed a new contract with top Japanese side Yokohama FC, Guardian reports.

In a statement by the club, ‘King Kazu’ will feature in his 17th season in the Japanese top-flight for the club having joined in 2015.

The former Japanese striker last scored a professional goal in 2017 against second division side Thespakusatsu Gunma to become the oldest player to score in the country’s football 50 years and 14 days.

Miura will now be playing in his 36th season in total having begun his career at Brazilian club Santos in 1986. 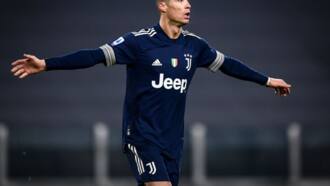 He remains one of the most famous sportsmen in Japan as he was part of the team that brought the country to limelight in the early 90s,when he was the poster boy of the newly launched league in 1993. 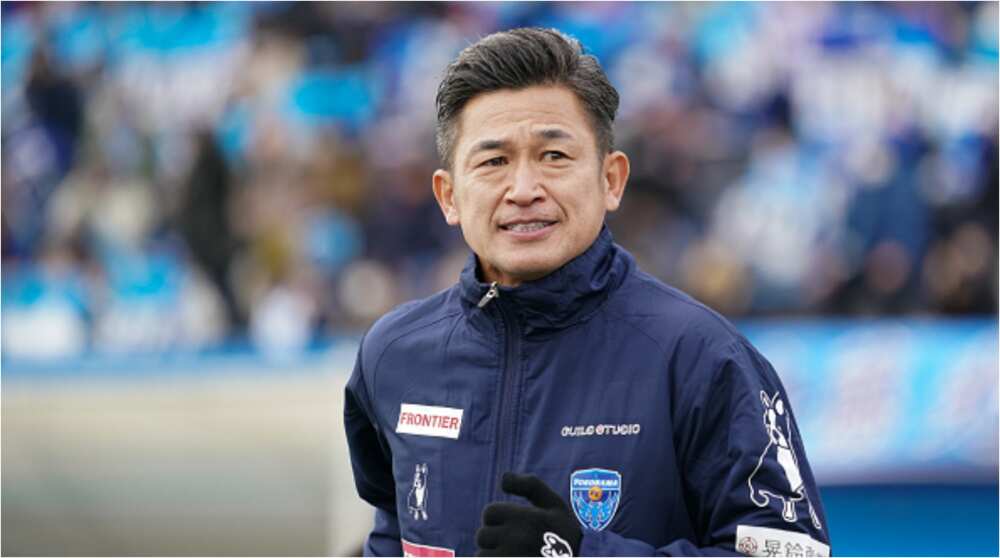 The striker who, in 1992, won the won the Asian Cup with Japan, failed to make the squad that represented Japan during their debut appearance at the World Cup finals in France six years later.

He scored 55 goals in 89 games for his country during his time with the national team.

Meanwhile, Cristiano Ronaldo’s goal against Sassuolo in Serie A means he has equaled the all-time record for the most goals scored in football.

The five-time ballon d’Or winner is now tied with Czech legend Josef Biscan who scored 759 goals , the most scored by an individual player in the history of the round leather game. 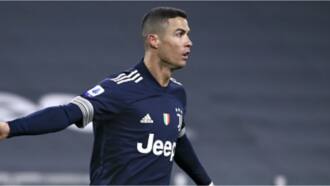 His goal during the 3-1 win over Udinese after the New year saw him move past Brazilian legend Pele who scored 757 goals.

However, Legit.ng earlier reported that Lionel Messi scored a fantastic free-kick during Barcelona’s 4-0 thrashing of Granada as they cemented their place in third position on La Liga table.

The set-piece did not only increase La Blaugrana’s lead in the game to 3-0, it also meant that Messi has scored 48 goals from free-kicks for his club.