A young Nigerian artiste with the Twitter handle @OgbeniJaykay has shared the amazing paintwork he made in 2021.

The Nigerian man in a tweet on Saturday, January 9, shared different shots of the cityscape he made that reflects a typical Lagos street.

A tricycle (keke), some danfos, and pedestrians could be seen at a place that looks like a T junction.

When a tweep pointed out that the place is on Lagos island, the Nigerian artiste disagreed by saying the painting is set in Mushin Olosha. 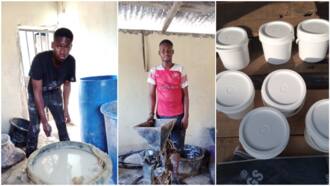 Below are some of the reactions to the photos:

Legit.ng compiled some of the reaction to the art below:

“This should be around the area in Mushin where they sell curtains.”

“You mean non of those buses get Pasuma or Olamide picture on them? Lovely work bro.” 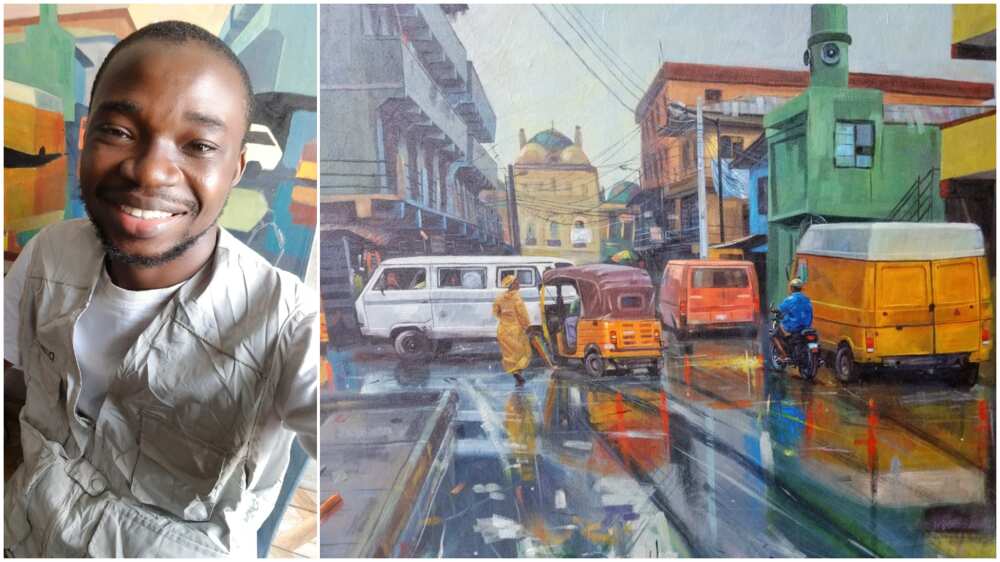 The man said he added a bit of mood different from the real Mushin setting.
Photo source: @OgbeniJaykay
Source: Twitter

“This is a masterpiece!!! Na paintings like this we suppose buy, hide and sell for millions later on.”

“This evoked such strong emotion in me and I don’t even know why. I could literally hear rain and that made me tear up IM FINE.”

“This is beautiful.. I wish I can afford it. How much is this?”

It should be noted that the man had earlier hoped to sell his pencil drawing on his birthday many weeks ago.

In a Twitter post, he lamented not being able to sell the piece as he tagged Don Jazzy to it, asking if he would buy it.

Hours after, the music producer slid into his DM and asked how much. When Fredrick said N200,000, Don Jazzy added another N100,000 and paid.