It is indeed an amazing way to start the year for a young and upcoming Nigerian artiste identified as Hyzah.

The young man recently left members of the internet community in awe of his talent after his rap video went viral online.

Interestingly, Hyzah did not only capture the attention of Nigerians online but has also managed to get noticed by Canadian rap star, Drake. 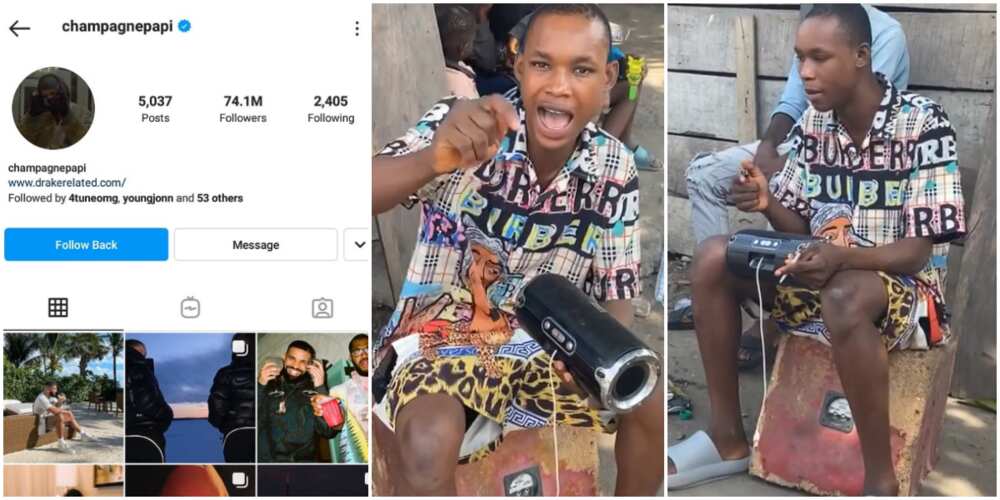 The young artiste recently took to his page on Instagram with the good news that the God’s Plan crooner has followed his account on the social media platform. Hyzah also shared a screenshot on his page to support his claim. 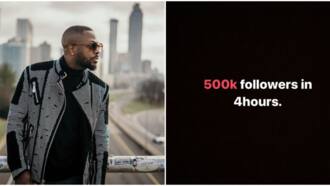 Celebrity blogger Tunde Ednut promises N1m, a car to lucky fans as he hits 500k IG followers upon his return

In his caption, the young man who is on his way to stardom expressed appreciation and gratitude to everyone who has supported him since his video went viral online.

Hyzah said just a day ago he had only two followers on the platform but woke up to one of the world’s biggest rapper following him.

“Just yesterday i had only 2 followers only to wake up this morning to see. Drake @champagnepapi following me… Thanks for the love & repost!! You guys are amazing!!❤❤❤❤ Thank u @ehigie0.05. Cc @jaytee_yna.”

Nigerians in his comment section had words of encouragement for the young artiste.

“Oga no worry, just get more hits you don blow.” 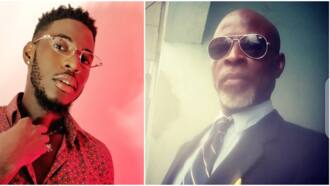 “@manlikeqsmth see God?? Wow! You be starboy no reason am!”

Meanwhile, Legit.ng previously reported that the Canadian rapper took some time off his busy schedule to share a tender moment with his son.